Will Your Child Graduate from College in 4 Years?

One of the best ways to cut the cost of college is to graduate in four years.
This might seem like a no-brainer, but most college students can’t pull it off. Just over 50% of students, who started out as full-time freshmen, end up graduating in six years.
In general, private schools do a better job than state schools of graduating their students on time, but there are many exceptions to this rule. One way to assess whether your child has a great chance of graduating on time is to look at the grad statistics of individual schools. My favorite source for these figures is College Results Online from The Education Trust. When you’re on the site, you just have to type in the name of any school in the search box. 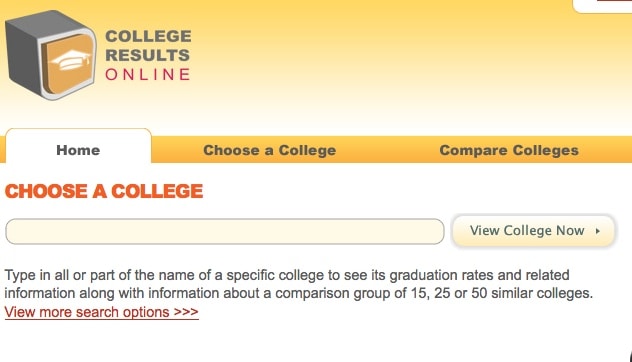 At College Results Online, you can obtain a college’s four, five and six-year rates. Even better, you can compare any school’s stats with its peers. And here’s the good news, you don’t need to know a school’s peers. The website will generate the names of peer institutions — up to 50 — for you.
As an example of how College Results Online works, I’m going to use the College of the Holy Cross. This liberal arts college in Worcester, MA, possesses a phenomenal four-year grad rate of  96.3%! 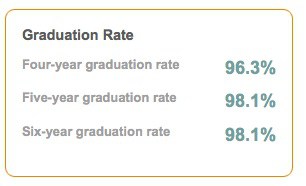 I don’t know of any other college or university in the country with such a high grad rate. The grad rate at this Jesuit college, for instance, is superior to all the Ivy League schools including Princeton (90.1%), Harvard (87.8%), Dartmouth (86.1%), Columbia (84.3%) and Brown (83.6%).
To discover how Holy Cross’ graduation stats compared to some of its peer institutions — mostly other highly selective liberal arts colleges – I clicked on the Similar Colleges link. Here’s what I found: 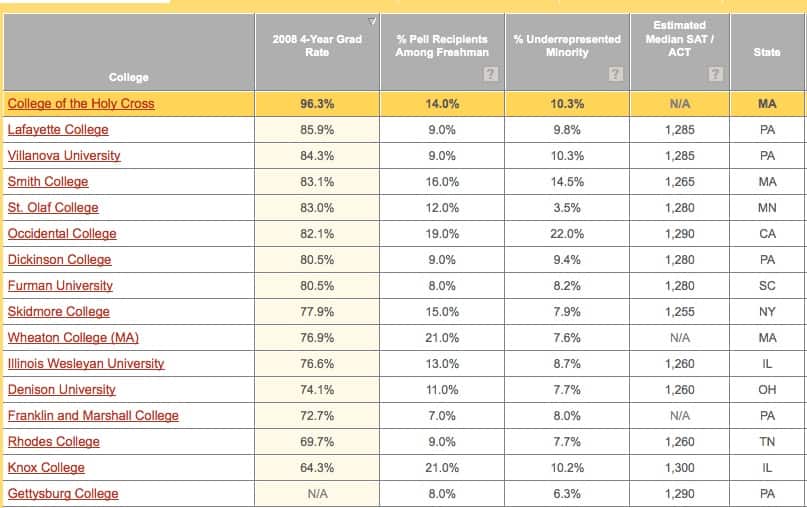 Some of the private schools on this list do better than others, but their four-year grad rates are vastly superior to most of the nation’s colleges and universities.
I should also note that the grad rates are a bit misleading for all schools simply because of the way that the federal government collects them. These figures only reflect the graduation rates of students who began as full-time freshmen and graduated four years later. Students who end up transferring to a different college are counted as non-graduates of their original college. So obviously schools where many students leave will have lower grad rates than others.

Now let’s look at a state university. I picked the University of California, Santa Barbara, simply because it is a popular school where I live in California. Here are UC Santa Barbara’s grad rates: 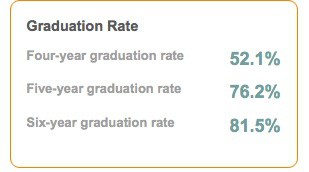 As you can see, a student’s chance of graduating on time at UCSB is about as good as getting “tails” on a single coin toss.  Most students require five years to graduate.  When I see a grad rate like this, I’d want to know who is graduating in four years to assess my own child’s chances of being in that group. Now let’s look at some of UCSB’s peers: 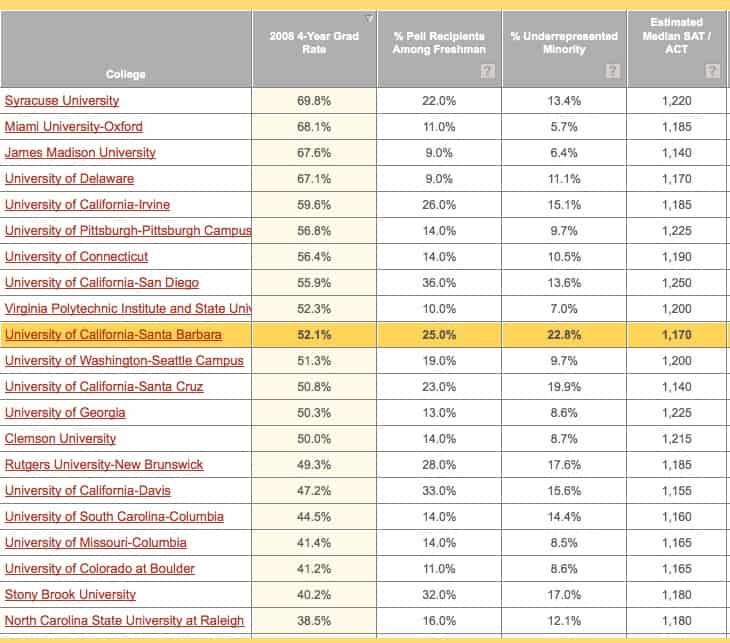 As you can see, highly selective private schools enjoy higher grad rates than even many state flagships and other well-respected state institutions. State schools serve more diverse populations and they also under more financial strain as financial support from state governments continues to  shrink.

When evaluating schools, always look at graduation rates. Even among schools of similar reputations, the grad rates can be dramatically different. Checking grad rates could ultimately save you tens of thousands of dollars.
I’ll have more on grad rates tomorrow.
Lynn O’Shaughnessy is the author of The College Solution, an Amazon bestseller, and she also write a college blog for CBSMoneyWatch. Follow her on Twitter.