Where You Can Find the Most Expensive Colleges and Universities

There are a lot of expensive colleges and universities in this country, but as I’ve mentioned many times before on my college blog, the sticker price is meaningless.

The only figure that matters is the college’s net price. This is the price you get after any grants (free money) that you receive from a school are subtracted from the sticker price.

The vast majority of schools in this country discount their price. And you certainly don’t have to be an “A” student to qualify! At private colleges and universities, for instance, about 88% of students have received some type of grant.

You can start doing your own research on colleges and their net prices by visiting the College Affordability and Transparency Center, which the U.S. Department of Education launched last year.

On the site you can research the financial aid practices of individual schools by checking out average net prices in different income ranges, as well other valuable information such as a school’s graduation rates, freshmen retention rates and college major offerings. To get start just hit the button on the site that looks like this:

The center has also compiled lists of the five percent of schools in different categories that charge the highest published prices and the highest net prices. The government also shares the lowest-priced schools, but those aren’t necessarily bargains. Some are low-functioning, drop-out factories. 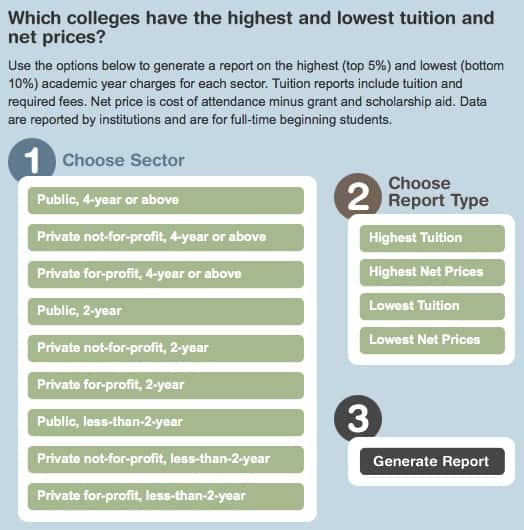 I am sharing with you the private four-year institutions that have the highest net price. (This is certainly not a list that I’d like to be on!!) 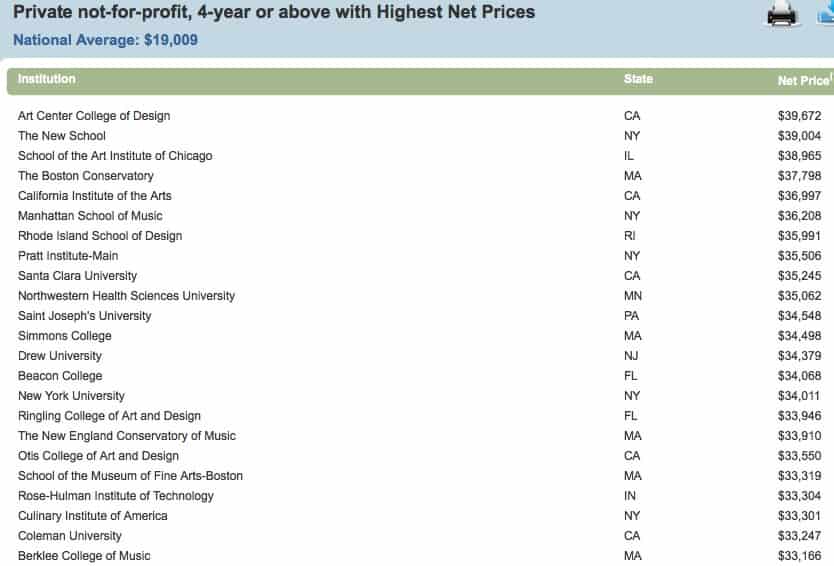 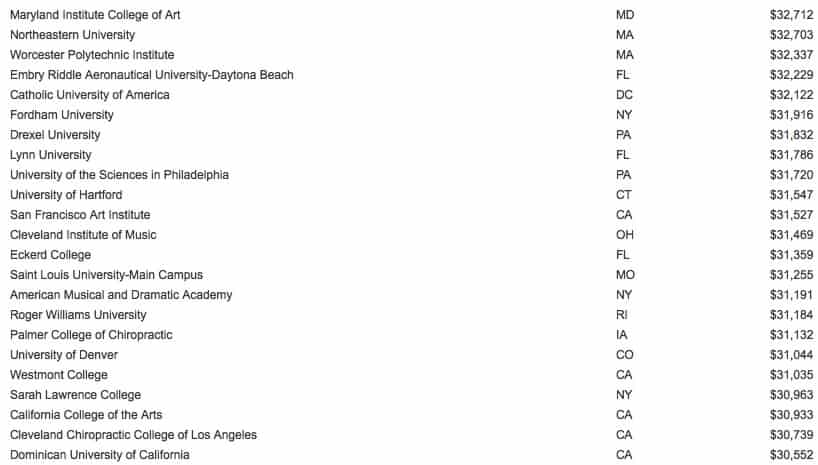 As you can see, there are a lot of art schools and music conservatories on the list, as well as many schools from the East Coast, as well as West Coast. I also counted five Catholic universities. The schools on this list won’t necessarily be the most expensive for your child (if you’re lucky), but you need to run the net price calculators on these and any other schools before they land on your college list.