Where to Find the Best College Professors

How do you know if the college or university that your child ultimately attends will provide him or her with an excellent education?

College pricing is inching closer to transparency thanks to net price calculators, but it’s largely impossible to form an educated opinion about the strength of a school’s learning environment beyond checking  an institution’s graduation rates. (Colleges and universities are fighting against  academic transparency, but the time will come — hopefully soon.)

Today I wanted to share one simple way to get some sense of whether the professors are good teachers. As I mention in a chapter in the second edition of The College Solution (specifically the chapter entitled What University Professors Do), the main focus of professors at many institutions is conducting their own research while teaching undergrads is definitely not a priority.

To get some sense of whether the professors are doing a superior job of educating students, you should check out a couple of statistics in the big, thick annual guide that the Princeton Review publishes. Here is a link to the latest copy: The Best 377 Colleges, 2013 Edition. 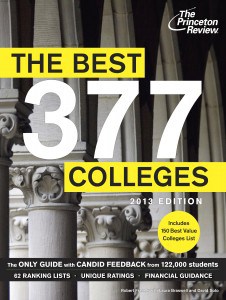 Specifically, you should check out this pair of ratings that you will see on the left hand page of every institution’s profile:

The highest possible score for each of these professor ratings is 100. Students rate the professors at their own institutions. I want to emphasize that these ratings are hardly scientific. According to Princeton Review,  30,000 students were surveyed, which breaks down to about 120 respondents per campus.

One reason why I  think these ratings are worth consulting is because of the pronounced pattern that I noticed when reviewing the scores of many schools in the guide. Here is what I noticed in general: 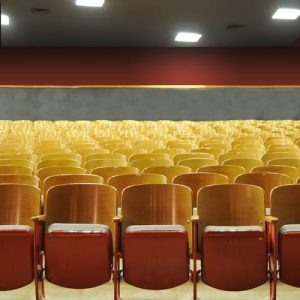 when professors are teaching 15 to 20 kids in a class at a liberal arts college, the faculty should be far more accessible.

In contrast, professors at research universities are focused on their own research, which brings an institution prestige and  revenue. Even if they are lousy teachers, professors can gain tenure because research is the most highly prized. At these universities, it’s the grad students stuck with dealing with undergrads. And as a reality, how much access is a student going to have to professors when there could be hundreds attending his/her lectures.

In every category, I found outliers – schools that did better than their category would suggest and those who did worse.

Here are a couple of the private universities that fared better than most of their peers:

Many of the state universities that I saw hoovered in the 70’s in both professor categories although there were some exception, here are three notable ones:

College of William and Mary (This outlier in Virginia got the kind of high marks that liberal arts colleges routinely receive!)

What I think is more helpful to share are the scores of a just a fraction of the liberal arts colleges that did exceedingly well, but do not reject the majority of students.

And a final shout out to the nation’s two all-men’s colleges!

Wabash College (IN) and Hampden-Sydney (VA)  got identical stellar scores:

Women’s colleges also did extremely well, including one you probably haven’t heard of – Sweet Briar College in Virginia (98/98 ratings).

As I’ve said ad naseum, you should not be impressed simply by a school’s brand name. What matters is the type of education that a student receives at a college or a university.  And you’re not going to find that out just by taking your cues from the college rankings.