Where Can You Graduate from Engineering School in Four Years? 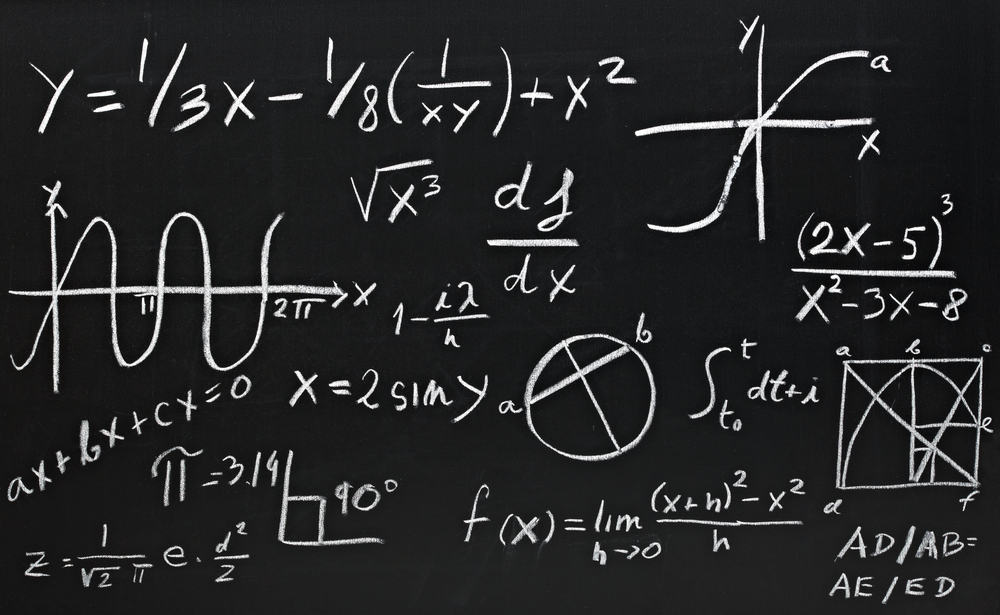 We’ve been talking about engineering schools in a couple of recent posts, which is why I wanted to share an engineering list that my friend Michelle Kretzschmar at Do It Yourself College Rankings recently put together for her website.

Michelle, who is a data whiz, pulled together a list of universities that educate the largest number of engineer students where the admission requirements are too rigorous. ((MIT isn’t on this list.)

I suspect that most families assume that their children are going to graduate in four years, but most students don’t. The four-year grad rate for public colleges and universities is 31% and 52% for private institutions. Engineering students are more likely to have to remain in school five years to obtain their bachelors degree. 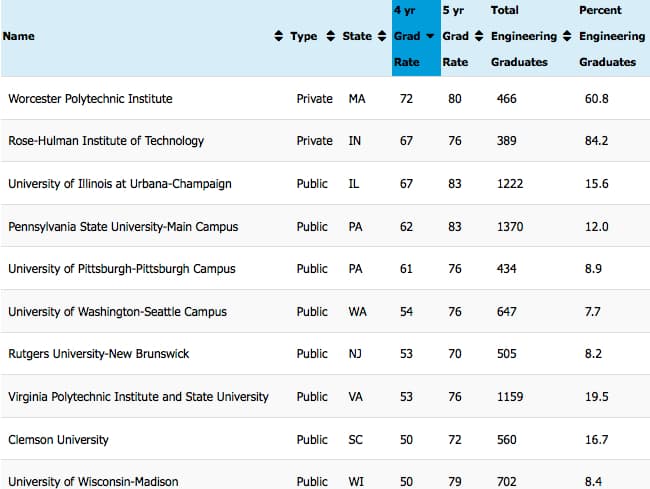 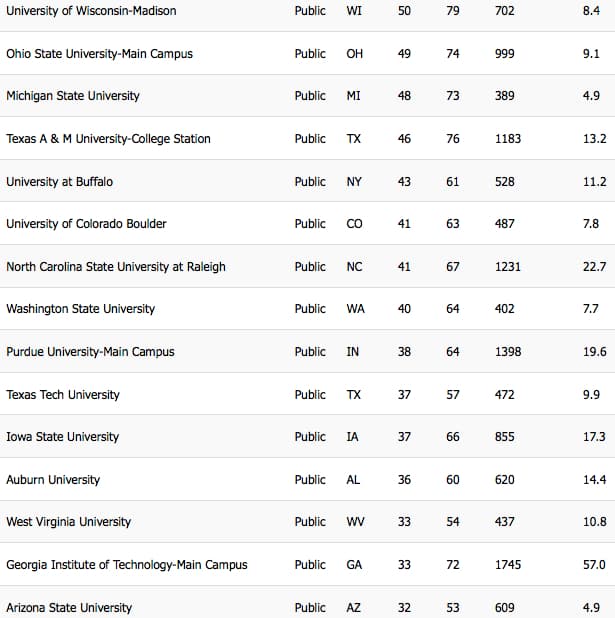 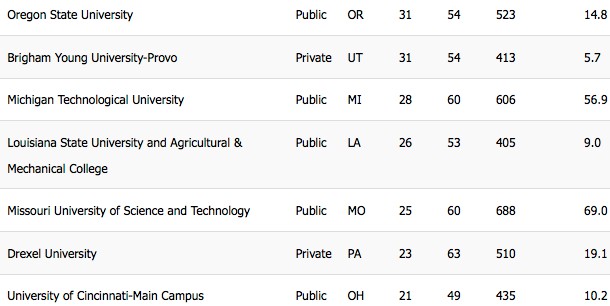