The Odds of a Full-Ride Athletic Scholarship 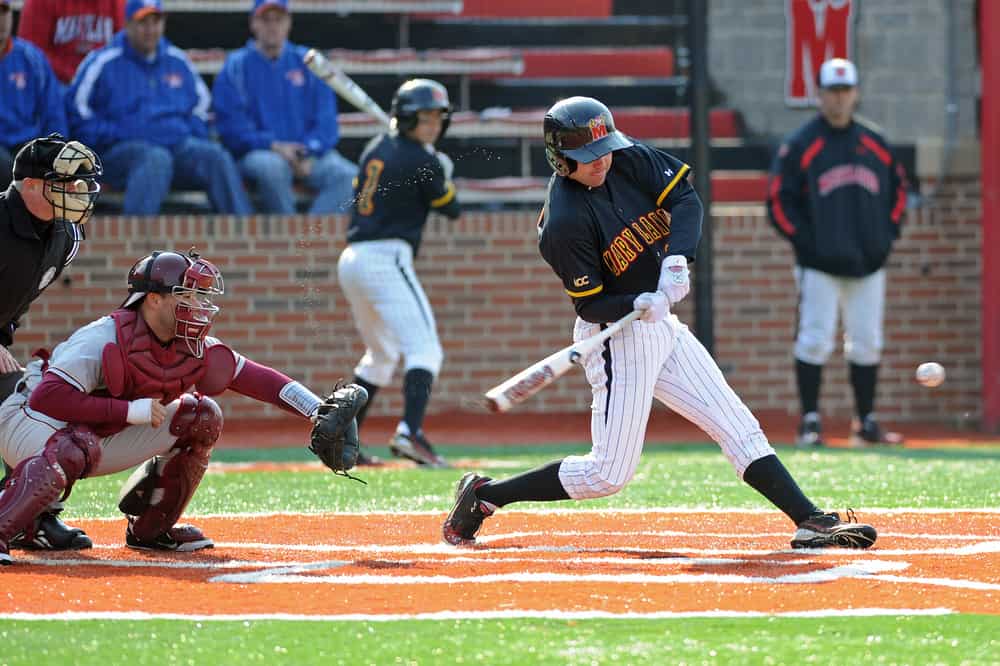 Since there is so much interest in sports scholarships, I decided to devote another college blog post to the subject. If you missed my last post, here it is:

The Realities of Athletic Scholarships

I’ve met many parents who ask about particular sports and the odds of winning an athletic scholarship. I’m afraid a lot of families think that there are overlooked sports where pots of gold are hiding. Sorry folks, but that’s not the case.

I previously mentioned that the odds of a high school athlete getting a sports scholarships is 2%, but the odds are far worse for full-ride scholarships.  Here’s the explanation for why that is which I pulled from my chapter on  athletic scholarships in the 2nd edition of The College Solution: 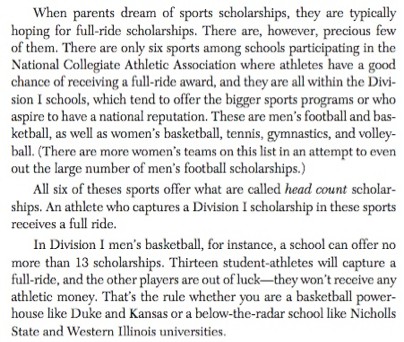 And Then There’s the Equivalency Sports 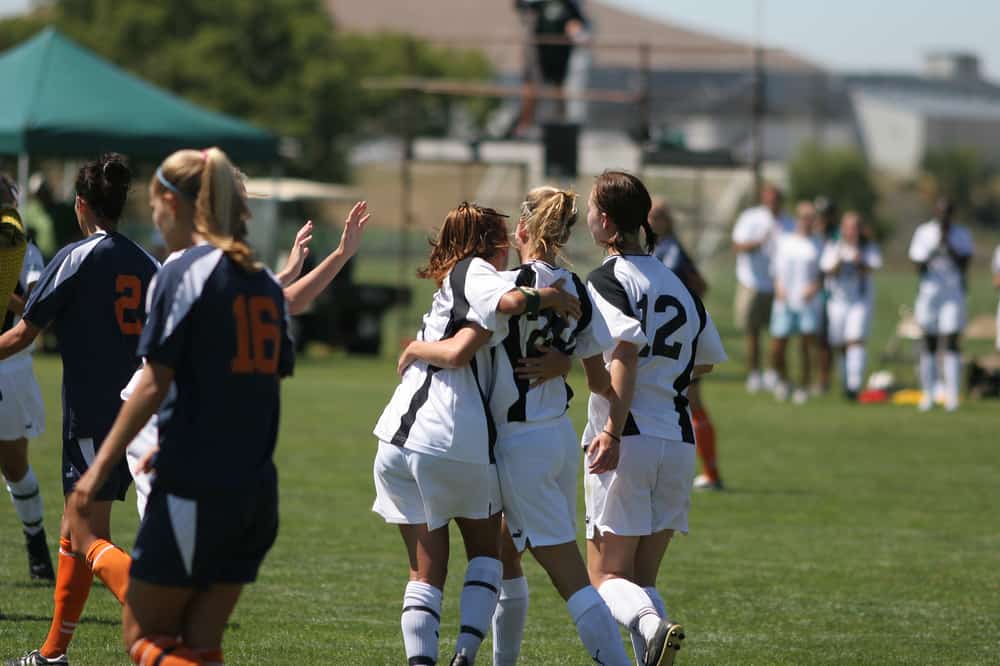 All the other sports, including soccer, baseball, lacrosse, golf, swimming and every other one not among the six head-count sports, are classified as equivalency sports. The NCAA dictates the maximum number of scholarships allowed per sport, but full-ride aren’t required. Coaches in the equivalency sports can divide up their scholarships to attract as many promising athletes as they can. Slicing and dicing scholarships often leads to meager awards. Small sports scholarships may only cover the cost of books!

It’s no wonder that the average academic scholarship is larger than the typical sports scholarship.

The New York Times ran a story back in 2008 that tracked the number of scholarships offered nationwide in each sport along with the number of sliced-and-diced scholarships. I couldn’t obtain a more current list from the NCAA and I assume that the numbers are still in the ball park. Here’s a couple of examples that I pulled from the research:

More than 600,000 girls competed in track and field in high school but there were only 4,506 scholarships. These scholarships were split among 9,888 athletes and the average award was $8,105.

Let me state the obvious here:  these are dreadful odds and meager awards. 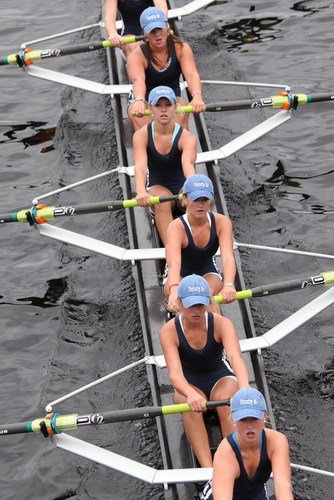 The only sport that I’ve found where there is almost as many participants as there are scholarships is women’s rowing. I attribute that to the fact that not many high schools have rowing teams.

About 2,360 girls rowed on high school teams and there were 958 rowing scholarships divided among 2,295 athletes. The average rowing scholarship was $9,723. Actually, this even might be misleading because many teenagers out here in San Diego, at least, only row at private clubs so the number of high school rowers could be artificially low.

The New York Times article had a chart that listed the number of scholarships and the average amount by sport. Here is the article:

In the article’s side bar, you can find the newspaper’s list of the NCAA sports by their average scholarship amount.

In most cases, it’s best if families assume that an athletic scholarship isn’t going to happen. Instead teenagers should focus on being the best students they can and, if they do, they will increase their chances of earning academic merit awards which are much more plentiful. At private colleges and universities, 85% of students receive an academic scholarship or grant.

Your prime focus should be on hunting for schools that will be a good academic and financial fit. When you’ve located those, you can also check out the athletic program that your child is interested in. That’s the route we took when my daughter Caitlin, a soccer player, was looking at liberal arts colleges which were all Division III schools.

Division III schools don’t provide athletic scholarships, but most of them give out merit scholarships, which are usually larger than athletic awards. It’s easier to get on a team in a Division III school than a Division I and the intensity of the programs aren’t as great (These teams are still major time commitments though!) Caitlin was a starter on Juniata College’s varsity team as a freshman and played for three years (minus her junior year at the University of Barcelona.)

Two years out of college, Caitlin continues to play soccer in San Diego sometimes on multiple teams at the same time. I suspect that it will be a lifetime passion for her.