Saying No to a Dream College: A Success Story

Should you spend hundreds of thousands of dollars to send your child to his or her dream college?

My answer to that dream college question has always been a resounding NO!

Some of the universities that U.S. News & World Report loves to gush over now cost $300,000 or higher. And that’s for a SINGLE bachelor’s degree.

If you’re really contemplating this sort of financial insanity, I want to share an inspiring story about a super-achieving young woman from Chicago.

Mallory originally had assumed that her parents would spend big bucks when she got accepted into her dream school – Northwestern University. It would have been a stretch, but her parents could have afforded to pay full price at Northwestern, but they balked at spending so much.

It was an emotional conversation back in 2014 when mom and dad told Mallory that they were nixing the Northwestern move. They urged her to go instead to the University of Pittsburgh, which 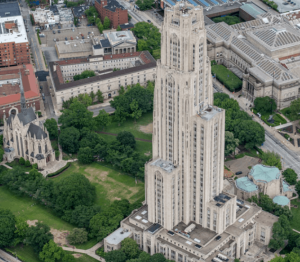 offered her a full -tuition scholarship.

The parents told her that going to Pitt would free up the money they had saved if she wanted to attend graduate school. And there would also be plenty of money for extras such as internships and study-abroad opportunities.

I’d urge you to read the original blog post that I wrote years ago about the parents’ decision: Saying No to a Dream College

Of course, one of the reasons why teenagers and their parents (and I’m primarily talking about high-income families here) fixate on elite universities, such as the Ivy League members, is because they really do believe that no acceptable alternatives exists.

Attending an elite college or university they believe is essential because only these institutions can pave the way to a life and career that is socially and financially rewarding.

In other words, people believe that going to a so-called golden ticket school is worth any price.

What the Research Really Says

Research, however,  has repeatedly shown that schools like Northwestern, Harvard and Stanford DO NOT possess a monopoly on successful post-graduate outcomes!

What affluent families don’t realize is that their kids already possess golden tickets. They don’t need to attend a highly ranked school to snag a golden ticket because they were born into families that have them. Not surprisingly then, what the research does show is that the students who actually do benefit financially from attending elite universities are low-income, first-generation and Hispanic and black students.

The other big fear that parents and students have is that if teenagers trot off to what they consider to be an inferior school, their graduate and professional school options will shrink.

What’s Next for Mallory

Mallory’s story, however,  illustrates this reality:   you don’t have to attend a college rankings darling like Northwestern to have a phenomenal college experience and ultimately get into an excellent graduate school.

Mallory, who was quite active in organizations and activities at Pitt,  majored in math and economics with a Spanish minor and maintained excellent grades. Accepted into Pitt’s honors college, she ended up with four academic advisors!

She ultimately decided to pursue a master’s degree in economics. Based on her stellar grades, her academic pursuits abroad in Barcelona and Havana and her undergraduate research that culminated in a senior thesis, she got into plenty of graduate programs.

Here are some of the graduate schools that accepted her:

Mallory received phenomenal awards from Tufts and Miami which would have made her master’s degree in economics at either of those schools almost free. She ultimately decided, however, that she wanted to attend Oxford.

Because her parents had so much money left after covering her undergrad costs, Mallory got to pick the grad school she wanted without money being a consideration. The parents will be paying a total of between $90,000 and $108,000 for the two-year Oxford program that includes tuition and room/board.

“Thanks to her full undergraduate scholarship at Pitt, my wife and I have the money in her college fund to pay for Oxford,” Mike, her father, said, “ In fact, unless the economy experiences radical changes, money will remain in her college fund at the end of her master’s studies.  She will ultimately graduate debt free with a master’s degree from a world class university.”

“She could have accepted offers from Tufts or Miami/Ohio (two superb schools) which would have cost little to nothing,” Mike continued. “ This speaks to the quality education she received at Pitt.  Had Mallory taken that route she would have realized a significant financial windfall upon graduation, as her college fund would have remained  intact.”

“Mallory will complete her education at the master’s level without incurring a dollar in student debt. This was our “plan” all along.  The seeds of that plan were planted by your advice and your blog.”

At this point, Mallory’s goal is to obtain a PhD in economics.  Whatever she chooses to do in the future, she will walk down that road debt free.

Looking Back on the Northwestern Veto

You might be curious what Mallory now thinks about her parents original decision to veto her Northwestern plans.

“She now readily acknowledges that we gave her good advice in urging her to accept the Pitt scholarship, She also laughs while making this admission,” Mike said.

“On a soberer note,” he added, “she has told us multiple “horror” stories about young people she knows who are carrying very burdensome undergrad student debt.  She understands that the Pitt scholarship, which she earned by way of hard work and long hours in high school, put her in the position she now finds herself in.”

I will continue to urge parents not to overspend for a university with a fancy brand name.

As Mallory so beautifully illustrates, what a student does in college can be far more important than where he or she got a bachelor’s degree from.

I wrote a post years ago about landmark study from Gallup-Purdue that backs this up.

In the post, I wrote about my daughter’s collegiate experience at Juniata College, which led to some fantastic career opportunities including the launch back in 2017 of her own business – MaxableSpace.com.