Is a Trophy School Worth the Price? 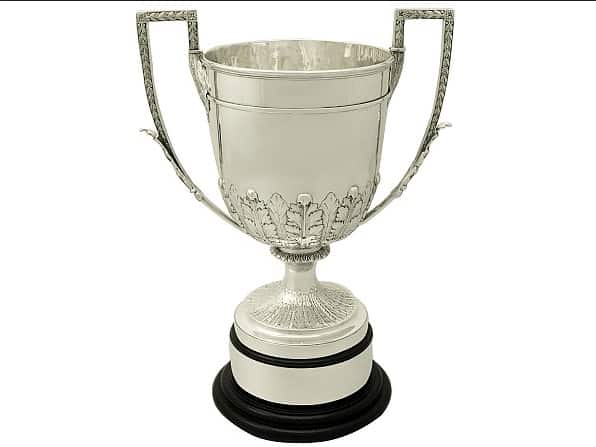 I’ll be launching my latest online course – The College Cost Lab – in June. If you’d like to be among the first to know when I have more details,  just email me at Lynn@TheCollegeSolution.com. Lynn O’Shaughnessy

In my last post, I wrote about smart teenagers who worked hard to get into elite schools only to have their dream schools reject them. If you missed it, here is the link:

This time I’m focusing on the predicament that parents face whose children have gotten into their No. 1 colleges, but they can’t afford them.

What Families Do When the Price Is Too High

With little or no financial assistance, I often see parents contemplating one of these four options for institutions perceived as trophy schools:

Yesterday I heard from a dad who was agonizing over whether his son should attend an expensive school (Fordham University) or an inexpensive New York state school (Binghamton University) for a business degree.

After aid is deducted, the family would pay nearly $50,000 a year for Fordham. In contrast, the student got a great deal from Binghamton University in New York (one of the state’s public SUNY schools). The family would only have to pay for Binghamton’s room and board, which is $13,200.

The Allure of Destructive College Rankings

To me, it’s a no brainer what this young man should do. He should attend Binghamton, which would save him and his parents more than $147,000! 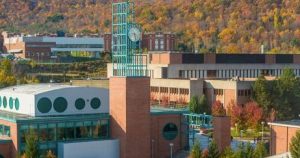 While the answer is obvious to me, it unfortunately isn’t to many parents and teenagers who believe that a school with a brand name and a higher U.S. News & World Report college ranking must be a superior institution that will ultimately lead to better paying jobs.

What parents and teenagers need to know is that the college rankings system is nothing more than a dubious beauty contest. I explain why here:

When I looked at U.S. News & World’s Reports rankings in the national university category (The latest I could find in my office was the 2014 edition), Fordham was ranked 59th, just under Tulane, George Washington U., U. of Washington, Ohio State and U. of Texas which were all tied. Binghamton was ranked 97th and was tied with my alma mater, the University of Missouri.

Parents assume that if schools are higher ranked, their children will get better jobs. The schools that enjoy better rankings definitely want you to think that they are worth the extra expense and will price themselves accordingly.

Just because a school costs more and the name is more recognizable doesn’t mean it’s a better school or produces grads who will earn more.

I am using resources from Payscale.com and the Brookings Institution to illustrate this.

If you look at Payscale.com’s annual salary data below for Fordham versus Binghamton, the grads of the SUNY school end up making slightly more money than grads at Fordham in their early careers and a bit more after at least 10 years in the job market.

Out of 1,062 colleges and universities in Payscale’s database, Binghamton is tied with the University of Wisconsin as the institution with the 157th best median salaries. 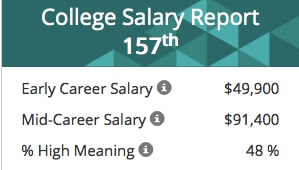 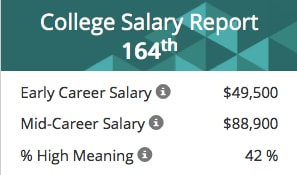 If you are interested in how grads at other schools fare, here is the Payscale.com college salary list.

Figures from the Brookings Institution

When you look at the college value-added college tool that the Brookings Institution created using federal data, Binghamton also wins out by having a greater impact on its graduates’ future earnings.

Use this link to get an explanation of this tool and to look for schools that interest you.

Here is a post that I wrote about the Brookings Institution’s tool:

By the way, I don’t think that just looking at salaries of grads is a good way to pick schools!! Relying on other factors besides a school’s name recognition and U.S. News’ ranking, however, will inject some sanity into the discussion.

If you believe that spending big bucks at higher ranked private or state schools is wise, please read the following two posts about a teenager who wanted to go to Northwestern University and instead ended up at the University of Pittsburgh after the parents decided it was nuts to spend so much money on the elite private university in suburban Chicago.

Having Second Thoughts About the University of Pittsburgh

Should this Teenager Attend the University of Pittsburgh? Part II

While graduates of elite schools do make higher salaries on average, research suggests (and I strongly agree) that it’s not the schools that are doing anything special, it’s the socio-economic level of the students that plays a huge influence on whether these individuals will earn a higher wage in their careers.

College students whose parents are affluent are likely to be affluent in their own lives.

Graduates from middle-class and disadvantaged backgrounds are going to have a much harder scaling the income ladder. It’s not fair, but it’s a reality.

The No. 1 way to cut the cost of college is to become an educated consumer. You can learn how by attending my popular online course, The College Cost Lab. I’ll be relaunching the course in June and if you’d like to be notified when I have more details, please click here.