How My Daughter Made The Most Out of College 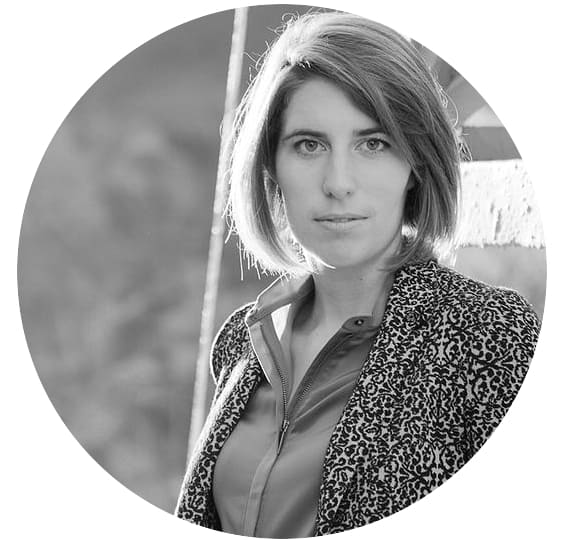 A new survey conducted by Gallup and Purdue University indicates that the type of institution that college graduates attend matters less to their future happiness at home and work than the experiences they have in college.

I felt vindicated when I saw the Gallup results because I’ve been saying for years that what’s most important is not where you go to college, but whether you make the most of your time at wherever you land. It’s been a hard sell, however, and when I give presentations I can see the looks of disbelief among the parents, who believe that the most elite schools are in the best position to dispense those golden tickets to a great career and a happy life.

Here is a snippet of the study’s conclusions:

The research, which was underwritten by the Lumina Foundation, is a nationally representative study of college graduates across the U.S. Earlier this year, Gallop surveyed nearly 30,000 adults who had completed at least a bachelor’s degree.

The research concluded that a major influence on a student’s future success was having meaningful connections with one or more professors. “It matters very little where you go; it’s how you do it” that counts,” Brandon Busteed, executive director of Gallup Education, was quoted as saying. “Having a teacher who believes in a student makes a lifetime of difference.”

The Gallup-Purdue study pinpointed six factors in all that that researchers said strongly related to great jobs and great lives after college. Here is the chart: 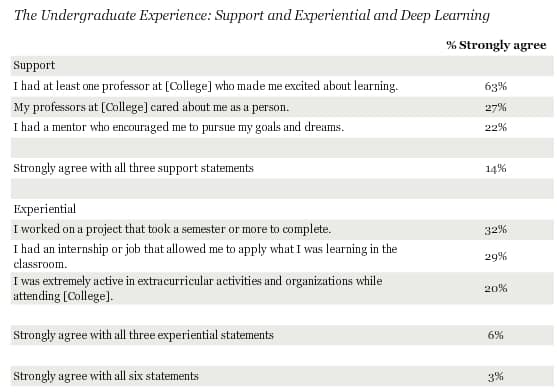 I personally know one young person who could honestly check the box for all these questions – my daughter.

I think what Caitlin, a 2011 grad, managed to do at school and in her very successful career to date, is instructive for anyone believing that a student must choose one of these expensive options:

Caitlin attended a school that’s in Huntingdon, PA, which is located in one of the poorest and most remote areas of Pennsylvania. Nestled in the Appalachian Mountains, Juniata College is a 3.5 hour schelp from Pittsburgh, Baltimore, Washington DC and four hours to Philly. In other words, it’s really isolated. 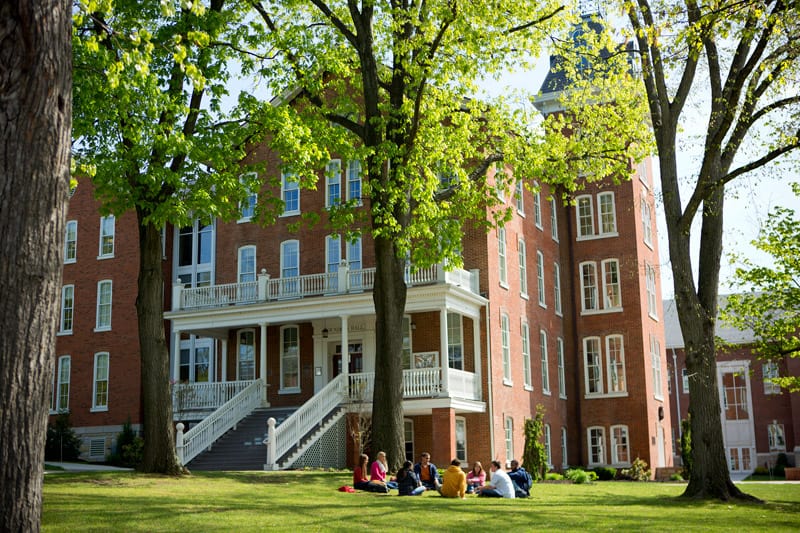 To combat the conventional wisdom that students couldn’t possibly be career ready if they attend a liberal arts college, much less a school in the boonies, here is a summary of what Caitlin did during her college years that would fit into the six categories above:

One of the things that attracted Caitlin to Juniata was its small-business incubator. After she had taken some business courses, she applied for and got a loan from Juniata and the state of Pennsylvania to start a picture-frame business.

Caitlin conferred with professors at the school about her business plan and she asked her art professor if she could use her saws and other equipment to make the frames. The professor told Caitlin she would teach her how to use the equipment and volunteered to create a one-hour credit course for her experience.

Caitlin ultimately decided that she wanted to find a source for the frames — she painted them — and a professor helped her find an inexpensive supplier in Pennsylvania. Caitlin hung some of her picture frames on an old barn door near campus for a marketing photo shoot. 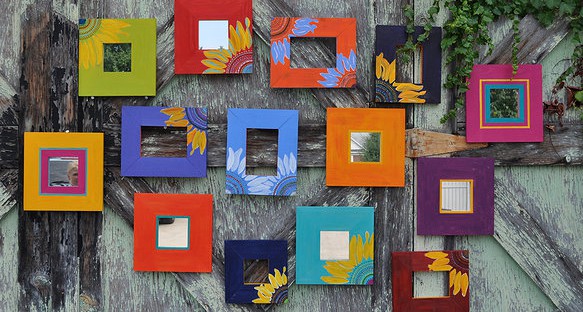 Juniata administrators were more than happy to allow Caitlin to sell her picture frames on campus and she enjoyed great sales during holidays. The school newspaper wrote of Caitlin’s efforts which spread the word of their availability.

Caitlin ended up making enough money on her frames and arts prints (more on that later) to put a large down payment on a new Hyundai Elantra when she graduated from college and she’s since paid the car off.

Caitlin was a starting forward and leading scorer on Juniata’s Div. III soccer team (she is No. 6) which was a great experience, in particular, in teaching her time management skills. She still loves soccer and now plays on two or three teams at a time back home in San Diego. 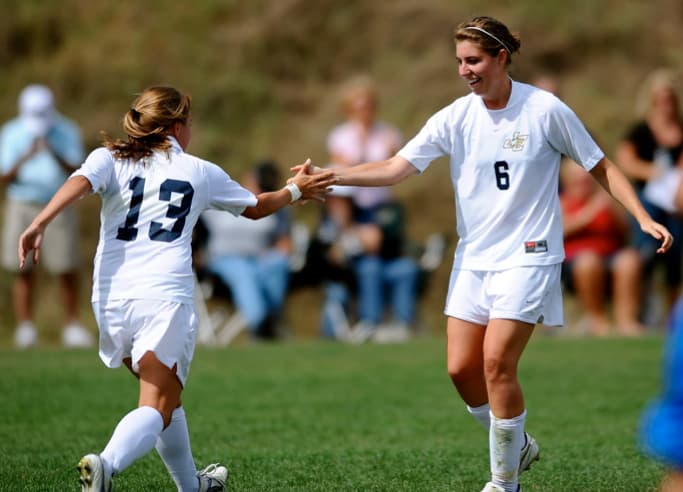 Caitlin spent a summer after her freshman year living with a family and attending school in Orizaba, Mexico courtesy of Juniata.  Caitlin had applied for and won the school’s scholarship for Spanish majors which included a free summer abroad experience.

Her Spanish improved dramatically during that summer and it was in southern Mexico that she became inspired by the colorful artwork that ultimately led to her picture frames and art print business. The Spanish immersion also helped her get an internship the next summer at an institute at the University of California, San Diego.

Caitlin spent her entire junior year attending the University of Barcelona. It was a crazy but amazing year as she acclimated to the Catalan culture and developed an appreciation of it. While she was in Barcelona, she wrote for her own blog and also for Juniata’s blog. 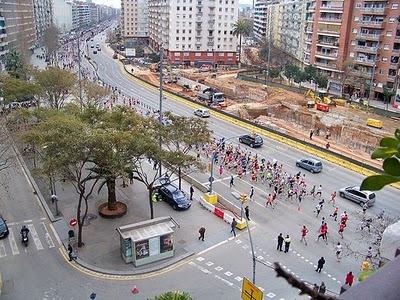 Caitlin had taken a photography class at Juniata and ultimately got a part-time gig taking photos for the college. She regularly submitted entries for the school’s photo contest and won several times.  The photo above she took from her bedroom window in Barcelona as marathon runners jogged by.

Caitlin, who was also an entrepreneur major, spent one summer at the Institute of the Americas at UCSD. During her time there she spoke in Spanish to Latin American visitors at conferences on the campus, served as a tour guide for the guests including trips to the San Diego Zoo and translated materials into Spanish.

Institute of the Americas

Her second internship was a direct result of her time in Barcelona. Caitlin wanted to spend her last summer at Juniata before graduating so while she was in Spain she began emailing top people she knew at the college about summer jobs.

One dean who responded was the person in charge of international students. She knew Caitlin and enjoyed her frequent blog posts from Barcelona. She invited Caitlin to help her design a program to make foreign students feel welcome at the college and she spent the summer doing that.

While Caitlin was at UCSD, someone in Juniata’s marketing department wanted to feature her as one of the students in its material for prospective students. He asked her to provide written answers to questions about what it was like to be a student at Juniata, which she did. The marketing folks were so impressed with her writing skills that they asked her if she would work for them after she returned from a year in Barcelona. She took the job.

While in the marketing department, Caitlin learned how to use sophisticated software programs, which prompted her to expand her small business to include art print. Juniata let her print her artwork on expensive glossy paper at the campus print shop for FREE! She also sold prints to students and created a website for her frames and prints. Here is an example  of her work, which is the print that customers at a surf shop in San Diego loved to buy: 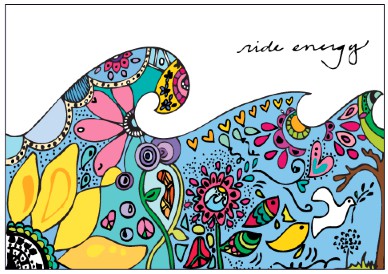 When Caitlin was working on her business plan, she reached out to a family friend who is the owner of Rokenbok, a toy company in San Diego. She talked with him about her plans and kept in touch and ultimately invited him to an art opening of her frames and prints at a beach coffee house in San Diego that she had arranged for her last Christmas break. He was so impressed with her work and initiative that he offered her a contract job doing social media for Rokenbok during her last semester at Juniata.

After working for the company for a couple of month, the owner offered Caitlin a full-time job when she graduated. She started as a marketing associate at the company that allowed her to learn on the job. Caitlin didn’t know how to shoot videos, her photoshop skills were iffy and she didn’t know anything about creating a YouTube marketing channel, but she was eager to learn, she thought outside the box and she was creative.

As a liberal arts major, Caitlin also possessed the critical thinking, communication and writing skills to succeed. People complain that liberal arts major graduate with lower salaries, but what they fail to appreciate is that they catch up just like Caitlin has.

In her years at Rokenbok, Caitlin has received many raises, bonuses and promotions. Last month Rokenbok named her director of marketing and content communications. She now hires people to do the work she used to do herself.  Caitlin’s current salary exceeds what the typical American household makes.

Caitlin launched her own business at the end of 2017 – MaxableSpace.com – that educates homeowners on how to build alternative dwelling units (granny flats) on their property and connects them to professionals who can make it a reality.

Caitlin saw the opportunity after the California Legislature, which has been desperate to increase housing availability in the state and make it more affordable, passed landmark legislation in 2017 to make it easier for homeowners to build ADUs on their properties.

Caitlin now has 18 people working for her in a variety of capacities, as she works with architects, general contractors, government agencies, companies and nonprofits in San Diego, Los Angeles and the San Francisco Bay Area.

With Caitlin’s expertise in connecting me to the right people, I completed my own beautiful ADU in the summer of 2019. Here is a video of that adventure!

Caitlin has remarkably bootstrapped her growing business up until now and in the summer of 2020 has started the process of raising millions of dollars in venture capital to rise to the next level.

There are many paths that can lead to success in life and a career and my daughter picked the path (a liberal arts college) that few choose. Like the Gallup research suggests, a student can experience success after graduating from any college or university and I agree. What’s important is making the most of wherever you end up!

What you also don’t have to be is a 4.0 student! Caitlin, who has the best social IQ of any young person I know, didn’t graduate from college with honors. And while parents and students obsess about grades, GPAs aren’t going to be of any use — thank goodness – in careers. Employers want to know what you can do for them not what your transcript looks like.

When Caitlin was a senior, Juniata’s president, who was big supporter of Caitlin’s, told me that my daughter had squeezed the absolute most out of her liberal arts education. I obviously agree and I couldn’t be prouder.