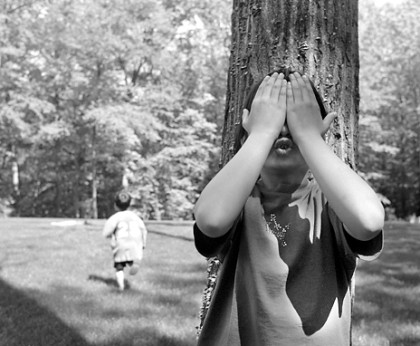 Today I am sharing a guest blog post that Jon Boeckenstedt, an associate vice president for enrollment management and marketing at DePaul University in Chicago wrote on his blog (Jon Boeckenstedt’s Admissions Weblog).  It’s rare that admission administrators speak candidly about controversial aspects of the admission process, but refreshingly Jon doesn’t hold back.

People pan eriodically ask me to identify need-blind colleges and universities and I try to tell them that actually they don’t exist contrary to what institutions tell families. In Boeckenstedt’s blog post below,  which he wrote in reaction to a

New York Times article this spring, he articulates far better than I could why need-blind colleges are a myth. Lynn O’Shaughnessy

The teaser in an email from The New York Times was promising:

It’s generally a good article, pointing out the arbitrary definition of need and how it varies from one college to another.  It demonstrates how out-of pocket costs for any student can swing wildly, even among the institutions that claim to meet full need (do loans count?) But the article falls short in one important area: While there is at least one expert who casts some doubt on the concept of “need-blind admissions,” the premise largely survives the article unscathed.

I’ve said before, and will say it again: There is no such thing as need blind admissions.

There are two big reasons for this:

First, at the overwhelming majority of colleges and universities, enrolling the overwhelming majority of college students, there is no full-pay student waiting in line to take the spot of a poor student who is denied. Most colleges and universities accept the majority of applications they receive; it’s even more pronounced than that visual might suggest, because many colleges use “Fast Apps/Snap Apps/VIP Apps” and other mechanisms to artificially inflate application numbers from students who have almost zero percent chance of enrolling.  Others recruit students who have almost no chance of being admitted.  Rejected students are grist for the mill in the industry.  But in essence, most colleges have to accept low-income students if they expect to make the class. Thus, they are effectively need blind, but not on the basis of some moral principle; they really have no choice.

But at that very small sliver of universities that claim to be need-blind and that could swap a poor student for a wealthy one–the ones who wear “need-blind” as badge of honor–the term is fairly ridiculous on its face.  It’s probably true, of course, that the admissions officer does not look at family income or FAFSA results while reviewing the file.  But ignoring income, and ignoring the residual effects of low-income are two entirely different things. The way our current admissions process works, virtually every other factor considered favors wealthier students, and/or students from wealthier high schools.

With odds like that, how can anyone say that need is not a factor in admissions?  And if you still need some more evidence, take a look at how this plays out even at public institutions.

So, can we please stop using this term?