Colleges and Universities That are Test-Optional 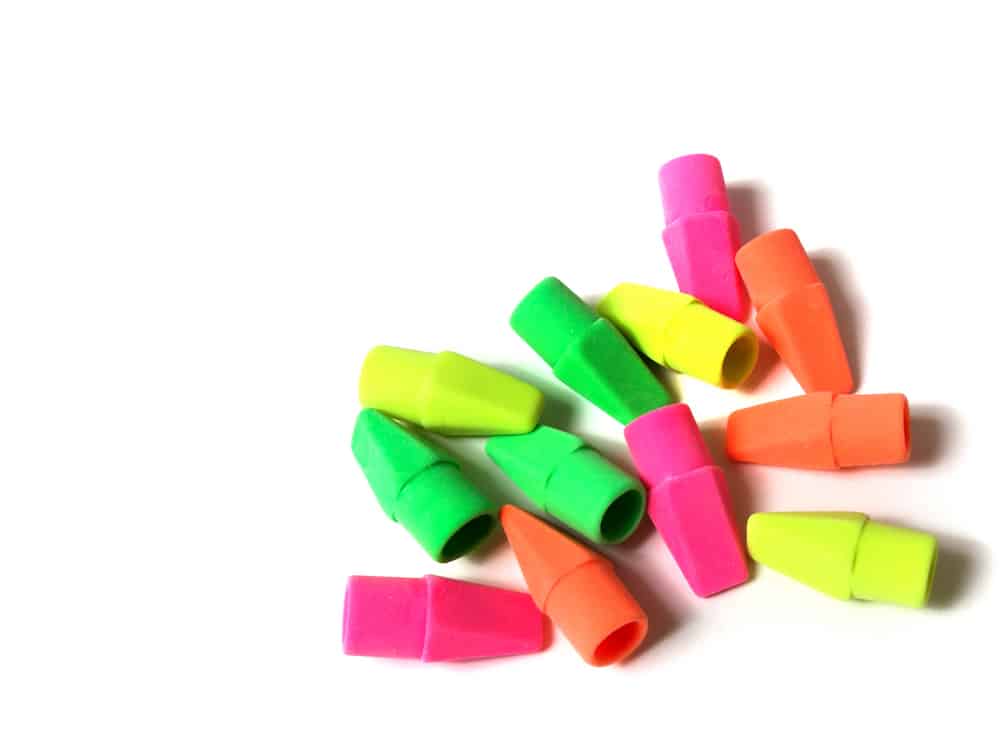 I don’t have to tell you that one of the biggest stresses of the entire college process is the standardized testing.

The prospects of taking the SAT and/or ACT is daunting, particularly since so much can ride on the results. I wasn’t happy about the amount of time and money spent in my house on these tests for my own two kids.

Time and money – and many families don’t have it to spend – won’t raise the test scores for everybody. When that happens, however, there are many colleges and universities that don’t require that students to submit their test scores or they de-emphasize the scores.

In contrast, there are few top universities that are test optional. Unlike universities, colleges are more likely to evaluate applicants holistically which means they look beyond the numbers — test scores, grade point averages and class ranks. Wake Forest University is probably the most notable exception. It announced its decision to go test-optional in 2008 and it’s been a big success.

According to FairTest, a nonprofit that helps schools adopt test-optional policies, there are roughly 850 schools that don’t require test scores, but many of them have easy admission policies. The schools you’ll see below are highly selective or selective schools.

You’ll see that a few of the schools on this list are test flexible. At test flexible schools, students can choose – in lieu of the SAT or ACT – other scores to submit such as from Advanced Placement and International Baccalaureate exams. Some test-flexible schools require the scores of SAT subject tests. 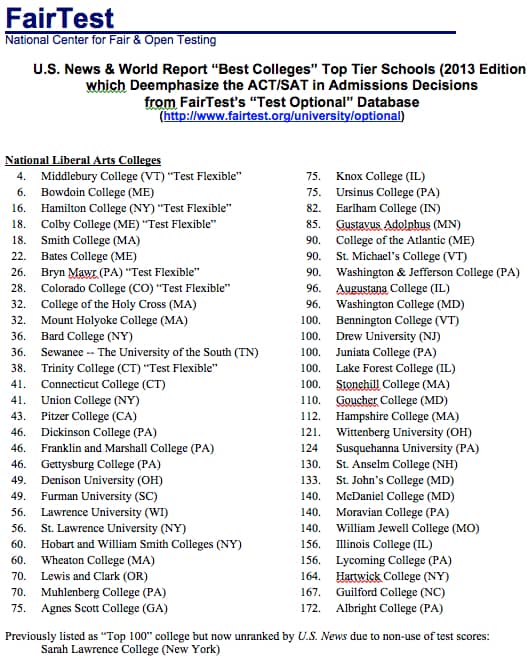 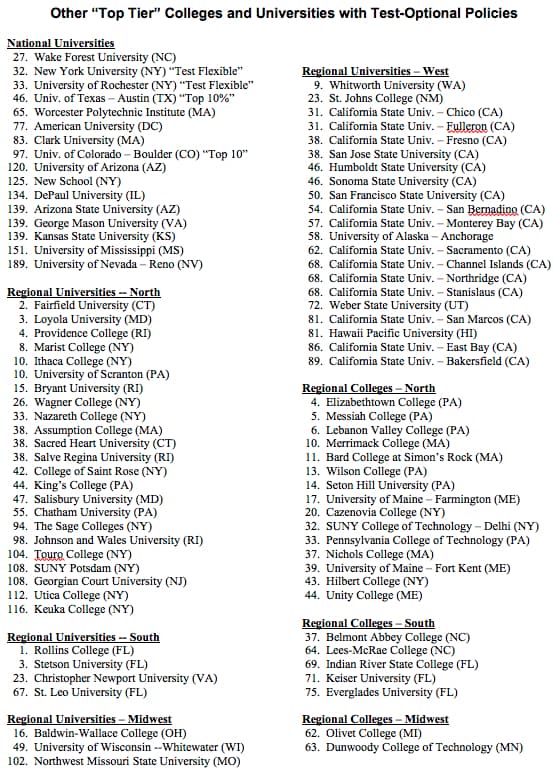