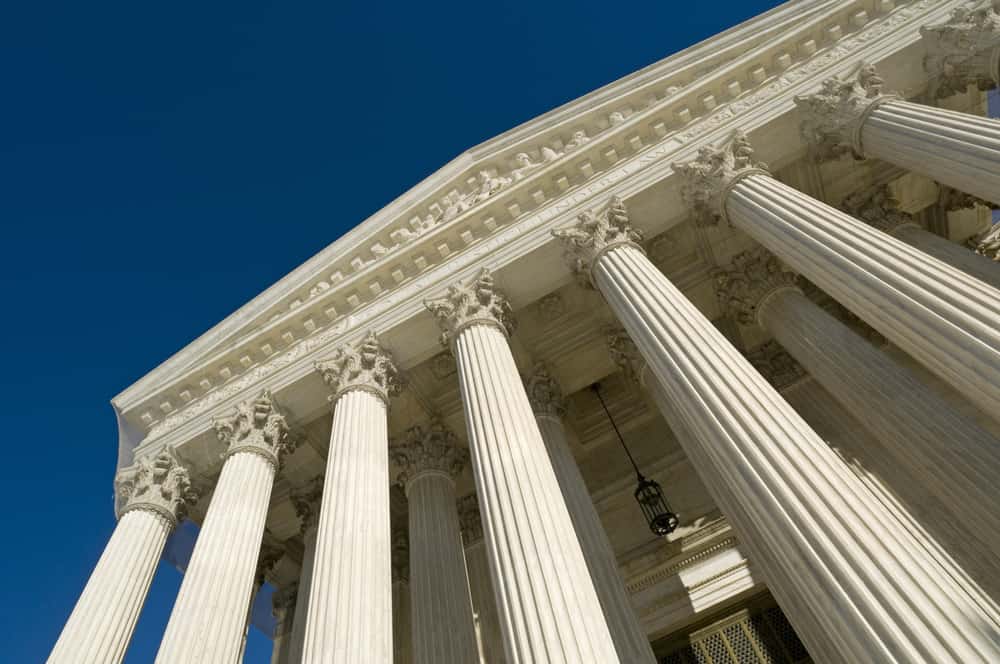 I wanted to share a letter that I received recently from George Shen, a business consultant in the Greater Boston area and the father of three boys. Shen, a first-generation American who is concerned about how Asian Americans are treated in the admission process by elite schools, has formed a Facebook page entitled Asian Americans Against Affirmative Action.

If you are interested in the subject of affirmative action in colleges, I’d recommend that you visit Shen’s Facebook page.

This is a topic that you will be hearing a lot about this year because the U.S. Supreme Court will releasing its opinion in the coming moths on the legitimacy of affirmative action in colleges and universities. The case involves  a spurned white applicant and the University of Texas, Austin.

I haven’t written much about this topic on my blog, but I do devote a couple of chapters to this issue in my book, The College Solution. If you have any thoughts on this explosive topic, please share below!

Here is what George Shen wrote: 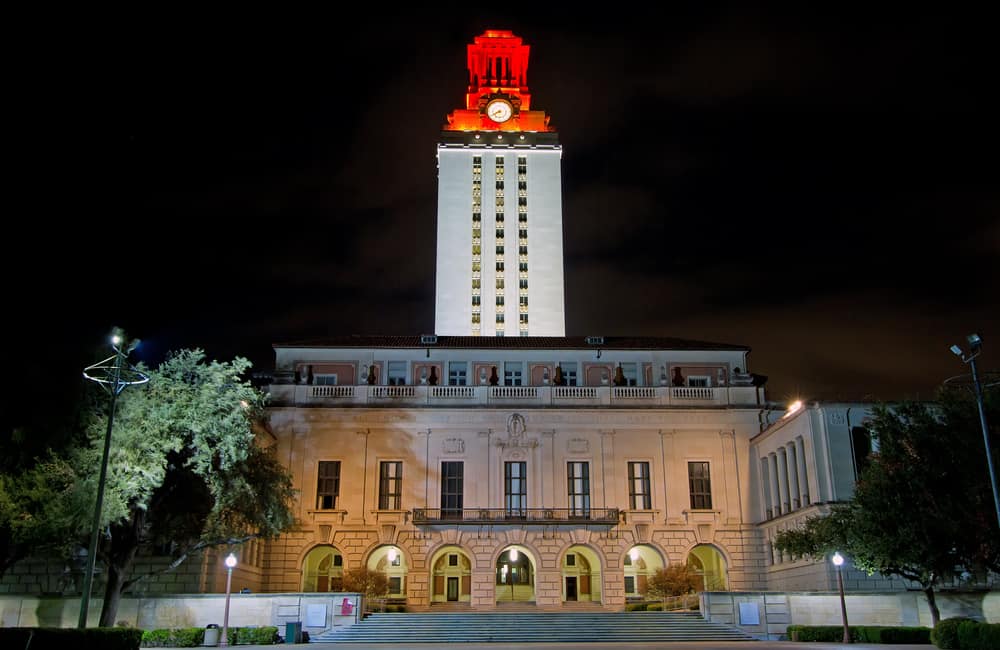 I am writing to you regarding the serious violation of equal protection, injustice, and discrimination inflicted by racial preference policies, in particular affirmative action in college admissions, which almost every college-bound Asian American student is confronted with today.  They need your help.

America is poised to become a majority-minority nation. In fact, several states have crossed that line.  Based on the current demographic shift shown in Census data, by 2043 or sooner, it’s projected the whole country will become a majority-minority nation.  Furthermore, the changing national demographics helped President Obama win two elections.  Nobody could argue that President Obama’s 2008 win is an anomaly. Today, not only do minorities hold key positions in all 3 branches of the Federal government but also many of them are successful leaders in business, sports, academia, and news media. The critical mass is reached.

As minorities gain in population and political power nationally, racial preferences given to particular groups are likely to come under fire and scrutiny from public opinions and the judicial courts, if not already. Increasingly, racial preference affirmative action is an inadequate tool against inequality and in fact is now causing more injustice and inequality problems than it is intended to solve.  Can you imagine a race-based preference for Asian athletes in the NBA or the NFL? (See article “What If the NBA Had Quotas”)

It is unfortunate that many American universities and colleges, including prestigious private and public institutions that educate our future leaders, are doing exactly that – secretly and illegally practicing social engineering using racial preference, quota, or race-based point system in their admission process.  The evidence of these widespread practices and the discrimination against Asian American students is overwhelming and has been extensively documented.

Historical college admission data and comparative statistical analyses clearly show that discrimination against Asian American students is systematic and institutionalized in most Ivy League universities, including Harvard, Princeton, and Yale, as well as many public universities, including Univ. of Texas, Univ. of Michigan, Univ. of Oklahoma, Univ. of Wisconsin-Madison, Univ. of Nebraska, Univ. of Arizona, Arizona State Univ., Miami Univ., and Ohio State Univ.  As a result, numerous la
lawsuits and complaints were filed against many of these universities by students of several races in the past decades.

College and university admission process is complex and multifaceted. And nobody doubts there are many criteria to assess a student’s aptitude, capabilities, and characters across many dimensions, such as academic merits, socioeconomic status, community service, personal drive and aspiration, citizenship, etc.  But, in this day and age, we should not believe that race is one.  A student’s race has nothing to do with his or her qualifications. Race conscious affirmative action is nothing but a form of racial discrimination and self-righteous social engineering. 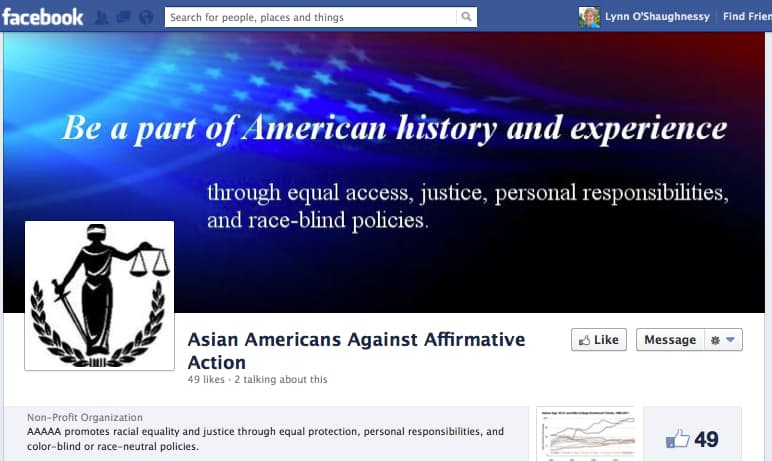 Inspired by a powerful research paper (See article “The Myth of American Meritocracy”), and at the same time, disappointed by the silence of many rights groups and the lack of voice in Asian American community concerning the hardship and discrimination faced by many Asian American students, I started a virtual community on Facebook – Asian Americans Against Affirmative Action (AAAAA).

AAAAA intends to promote racial equality and social justice through equal access, personal responsibilities, and colorblind or race-neutral policies.  AAAAA is against race-based admission policy which is now widely adopted in many higher institutions.

The AAAAA Facebook page has a wealth of information on the topic of affirmative action including an exhaustive collection of historic events, important court cases, interviews of intellectuals, reviews, debates, articles by subject matter experts, books by prominent scholars, reports, commentaries, op-eds, and many links to blogs, videos. I hope you find it resourceful and informative.

In fact, 7 states – Arizona, California, Florida, Michigan, Nebraska, New Hampshire and Washington – have banned racial preferences in college admissions.
We invite people of all races, not just Asian Americans, to join the fight for racial equality and justice. Together, we can raise the public awareness, influence policy makers, and work towards abolishing the race-based affirmative action policy once and for all.