A new ambitious survey of hundreds of senior college admission officials from across the country has revealed just what kind of high school students are in big demand:  R-I-C-H kids.
It’s no surprise that admission officers at both public and private colleges and universities are salivating over wealthy teenagers. Their parents have the money and the schools believe they need more of it.
Here is the survey’s breakdown of the percentage of schools – by category – that are paying more attention to families abilities to pay the full price:

According to Inside Higher Ed, which conducted the survey, “The interest in full-pay students is so strong that 10 percent of four-year colleges report that the full-pay students they are admitting have lower grades and test scores than do other admitted applicants.”
Here’s what I wrote on my CBS MoneyWatch college blog about the phenomenon:
Schools aren’t just waiting for wealthy students to discover them. More than a third of private and public, four-year schools say they have focused more attention on recruiting full-pay students.
The drive to attract rich students was most pronounced among public doctoral universities. Fifty one percent of the state schools said their top focus was full-pay students. State schools are particularly looking for wealthy nonresidents, who can pay, in some cases, $40,000 or more a year to help make up revenue shortfalls from dwindling state government support.

There is nothing new with affluent students enjoying an advantage in the college admission process. The New York Times wrote a 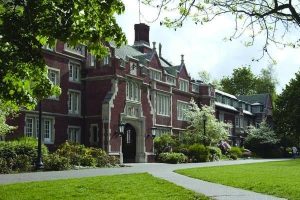 story more than two years about the admission process at Reed College, which caused a great stir. The school, faced with finite financial aid funds, had to cut loose 100 needy students from its accepted student list before the acceptance letters were sent out.
What most people didn’t understand that this isn’t a Reed phenomenon. This is routine operating procedure at schools across the country. (Other colleges and universities don’t allow newspaper reporters into their deliberations!) Most private colleges are tuition driven, which means they need to attract enough full-pay wealthy students to help defray the financial aid costs of the less fortunate students.

If you’re rich, congratulations. You might enjoy an easier time getting into colleges. Everybody else, however, will need to make sure that the schools that they apply to are very good matches. You want to aim for schools that really want you. If you need a lot of money, applying to reach schools could very well backfire.
It’s not fair that rich students, who need the least help getting into college, are the ones who enjoy an advantage. Gripping about it, however, won’t get you anywhere.
Lynn O’Shaughnessy is the author of The College Solution and she also writes college blogs for CBSMoneyWatch and US News & World Report.