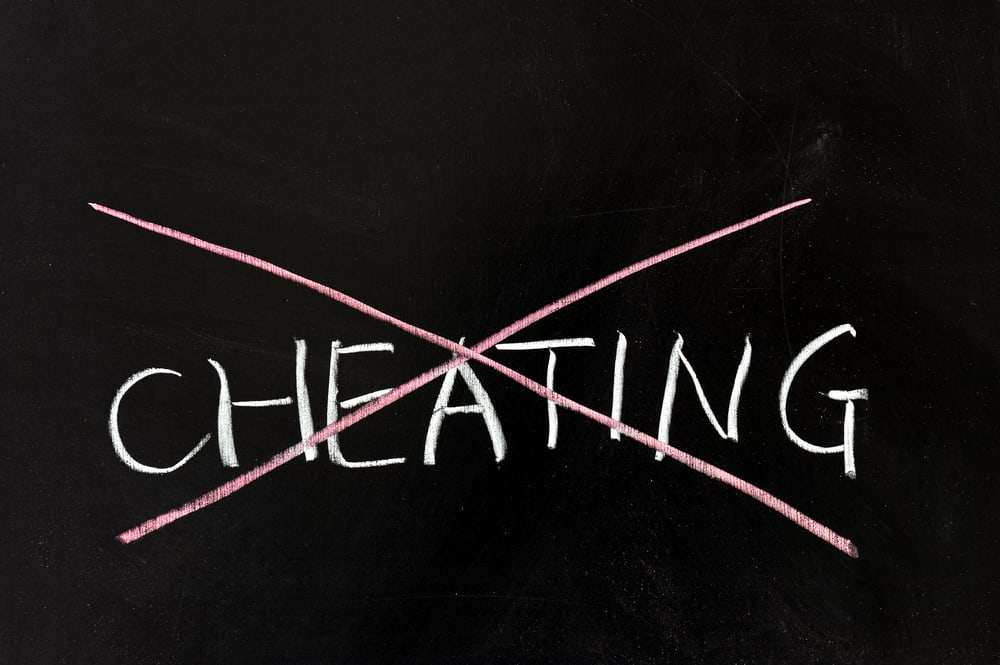 The steady trickle of colleges and universities that have admitted to fudging the figures that they send to U.S. News & World Report could end up changing the college rankings submission rules.

In an interview published today in Inside Higher Ed, Brian Kelly, the editor and chief content officer at U.S. News, said that the college rankings giant is considering requiring an administrator at each institution to verify that the figures dispatched to it are correct.

Clearly these aren’t the only schools that have fudged their statistics. In fact, in a 2012 survey of college administrators by Inside Higher Ed, 91 percent of respondents said they believed that other institutions were cheating.

Here is an excerpt from the article: 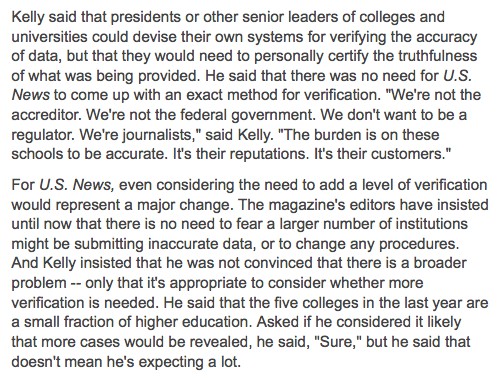 It is hard to believe that Kelly doesn’t think  that college rankings hanky panky is happening far more frequently than is reported. The staff at US News (it’s no longer even a magazine) is tiny and a source of mine told me that the employees have seen plenty of questionable data that they have never investigated.

Ways to Manipulate the Numbers

Even if an administrator has to sign off on his or her school’s data, there are plenty of ways to game the system.

Baylor, for instance, was embarrassed when the student newspaper discovered that the university, which was fixated on boosting its rankings, asked a freshman class to retake the SAT  before school year started. A freshman who retook the SAT got a $300 credit to the bookstore and those who boosted their score by at least 50 points received a $1,000-year scholarship. An administrator at Clemson shared at a higher-ed conference that the university was manipulating its stats in a variety of ways including marking down other schools as below average.

In today’s article, Jerome A. Lucido, the executive director of the Center for Enrollment Research, Policy and Practice at the University of Southern California, noted that there are plenty of ways to game the system.

What families should keep in mind is that college rankings are deeply flawed — without or without cheating. The best ways to use the rankings is simply to generate ideas.

No. 1 Reason Why College Rankings are Lame

Lynn O’Shaughnessy is the author of the second edition of The College Solution.