Boosting a Teen’s Chances of Admission (And Money) 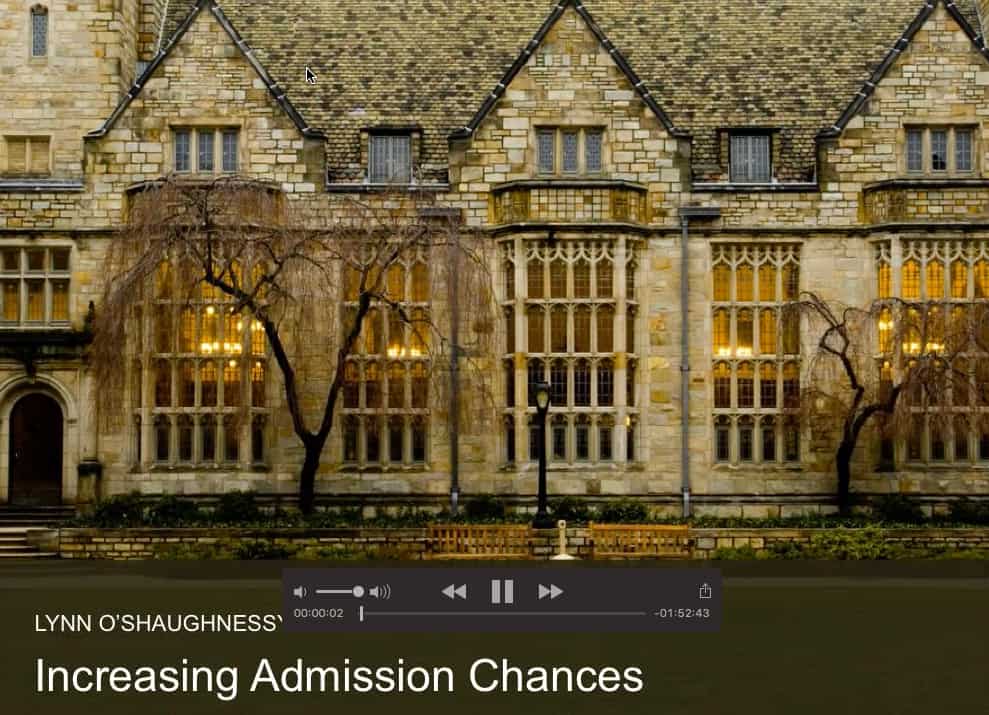 The screenshot above is of a webinar that I recorded for the winter 2017 class where I  discussed ways to boost your child’s chances of admission that may also lead to better aid packages or merit awards.

You can watch this webinar by clicking on this link:  Increasing Admission Chances

(To watch the entire recording, you MUST download it onto your computer or it will freeze.)

There are other ways besides grades and test scores that can make a school, especially those that evaluate applicants holistically, open its wallet a bit wider. They include:

Writing an excellent college essay can also help with admission chances. Below I have shared with you an interview I conducted with Janine Robinson, a expert on college essays and the creator of Essay Hell, which is a phenomenal website to visit before your child starts writing his or her essays.

Here is the link:  How to Write a Great College Essay 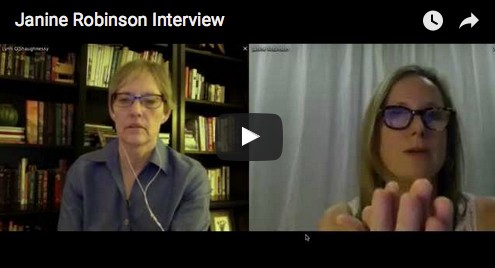 Most students are not academic superstars. Some have a great GPA and underwhelming test scores. For others it’s reversed. And there are also plenty of students who simply have average stats.

The vast majority of students end up attending non-selective state universities within their borders. And if that’s where your child is heading, then having an uneven academic record often won’t matter. These regional public schools (I’m not talking about the most prominent public flagship universities) will often be the cheapest option regardless of an applicant’s academic profile.

Private colleges are the most likely to evaluate students holistically, in part, because they have the luxury to do so. Admission counselors can become acquainted with an applicant who is a surfer from Santa Barbara, who speaks Farsi, and plays chess competitively.

In contrast, universities, which typically receive far more applications, are more likely to weigh a child’s statistics – grades, test scores, and class rank – most heavily because it is too time consuming to evaluate students in a deeper fashion. These schools can use cut-offs – minimum grades and test scores – that admission offices require before applicants are given a serious look.

College in Need Closes Door on Needy Students This is The New York Times article that I referenced in the webinar.

Another Look at Merit Scholarships Why colleges give merit scholarships to wealthy students.

The Other Side of Test-Optional This is the article I wrote for The New York Times that I mentioned in the video.

Colleges and Universities That are Test-Optional Overview of test-optional schools.

Test Optional isn’t for Aspiring Athletes Why students looking for an athletic scholarships will need test scores even at test-optional schools.

Why You Shouldn’t Be a Stealth College Applicant It’s a bad idea to be a stealth candidate at schools that consider demonstrated interest.

How They Really Get In

University Reveals the Secrets of Winning College Scholarships I wrote a post after interviewing U. of Rochester admission dean

What Happens to People Who Go To Colleges No One Has Ever Heard Of?

A Recruiter’s Take On Hiring Students From No-Name Schools

Do You Really Need an Ivy League Education?

A Better Affirmative Action: State Universities That Created Alternatives to Racial Preferences This is an in-depth report from the Century Foundation that examines how public universities in nine states created alternatives to racial affirmative action. The states in the report are Arizona, California, Georgia, Florida, Michigan, Nebraska, New Hampshire, Texas and Washington.