Today I wanted to share some pictures taken before and after my husband and I took our son Ben to the airport.

Ben, who is a junior at Beloit College, is spending the semester in Hungary through St. Olaf College’s Budapest Semesters in Mathematics program.

A week after quitting his summer job working at a restaurant at Sea World, Ben was finished packing and heading out the door. One of the last questions that I asked him was whether he had packed the printout with contact information about the Budapest program. He shot me that “do you think I’m stupid” look?

Hours after Ben had left, my husband wandered into Ben’s messy room and, sure enough, saw the printout laying on his desk. 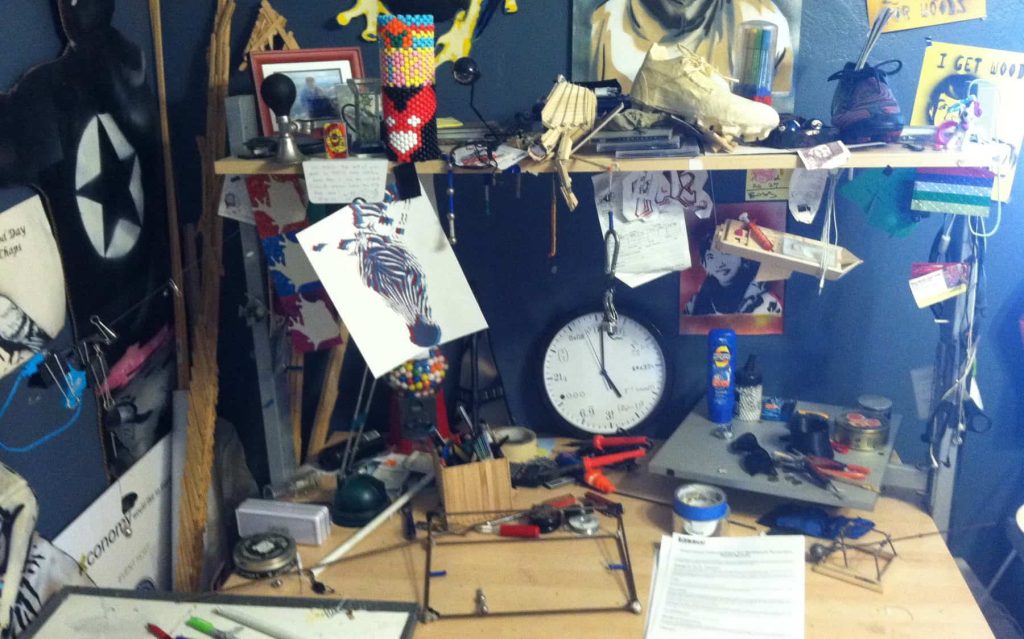 This wouldn’t have mattered if Ben made his flight connection from Chicago to London but that didn’t happen after a mechanical delay in Chicago reduced the odds that he’d catch his flight to Budapest. Ben could have made it except for some inquisitive customs inspectors in London. One of them spotted Ben’s pliers in his backpack and got suspicious. Ben, who is a tinkerer, told the woman that he always carried pliers with him on plane trips, to which she responded, “That’s weird.”

The woman detained Ben long enough for him to miss his flight. And, of course, he didn’t have that contact info with him.

It ultimately got resolved when Ben posted his plight on Facebook after exchanging dollars for British pounds to use an airport Internet service. My daughter Caitlin’s boyfriend saw the post, alerted Caitlin who called me and I contacted the folks in Hungary, who were wondering where the heck he was.

Ben is living in a barebone’s apartment with another junior from Reed College. All the overhead light bulbs are dangling from exposed wires and the bedroom does not contain a chest of drawers, but is equipped with a bed that Ben says is as soft as concrete. When Ben went to the grocery store, he said it was the size of his room at home and all he could recognize was dry pasta, bagel chips and soda, which is what he bought. Ah, the adventures of living abroad.

Living overseas makes you grow up fast and the cultural experiences can be priceless. My daughter spent a year in Barcelona during her junior year and a summer in Orizaba, Mexico, and she will always cherish the experiences — the hassles and all. Of course, Caitlin was fluent in Spanish and my son knows little Hungarian so it will be more of a challenge.

If Ben Skypes us every now and then and shares his adventures with us, we’ll be very happy as we hold down the fort back in San Diego. 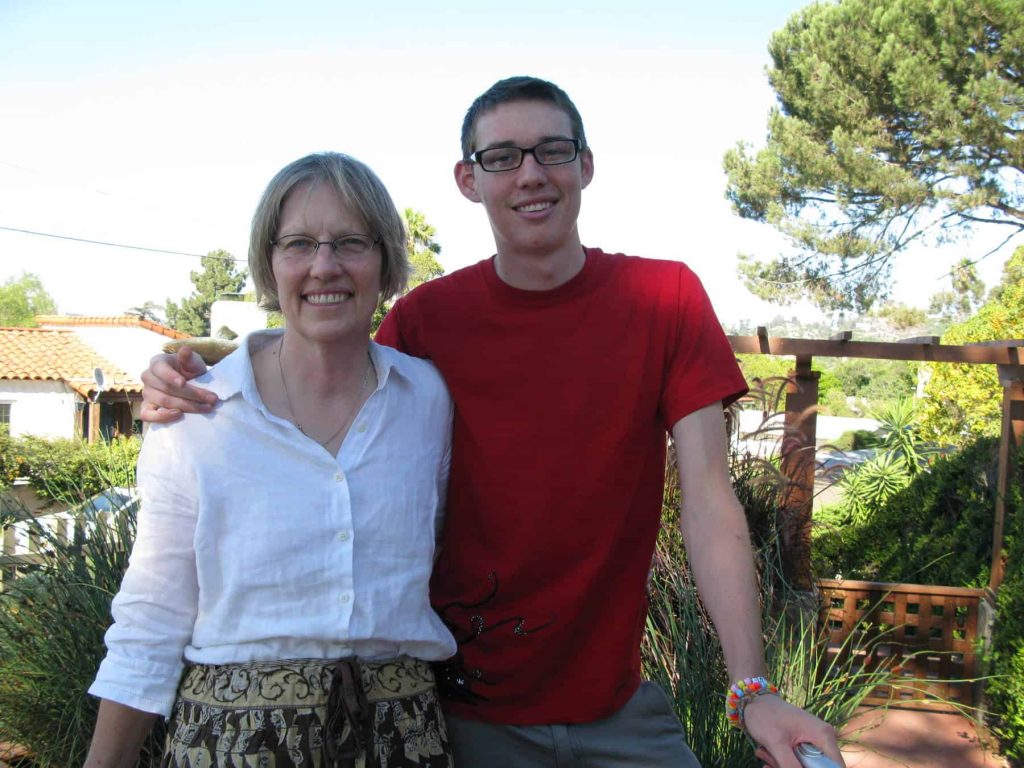 Here’s Ben with Minerva, who is our golden retriever and my office assistant. 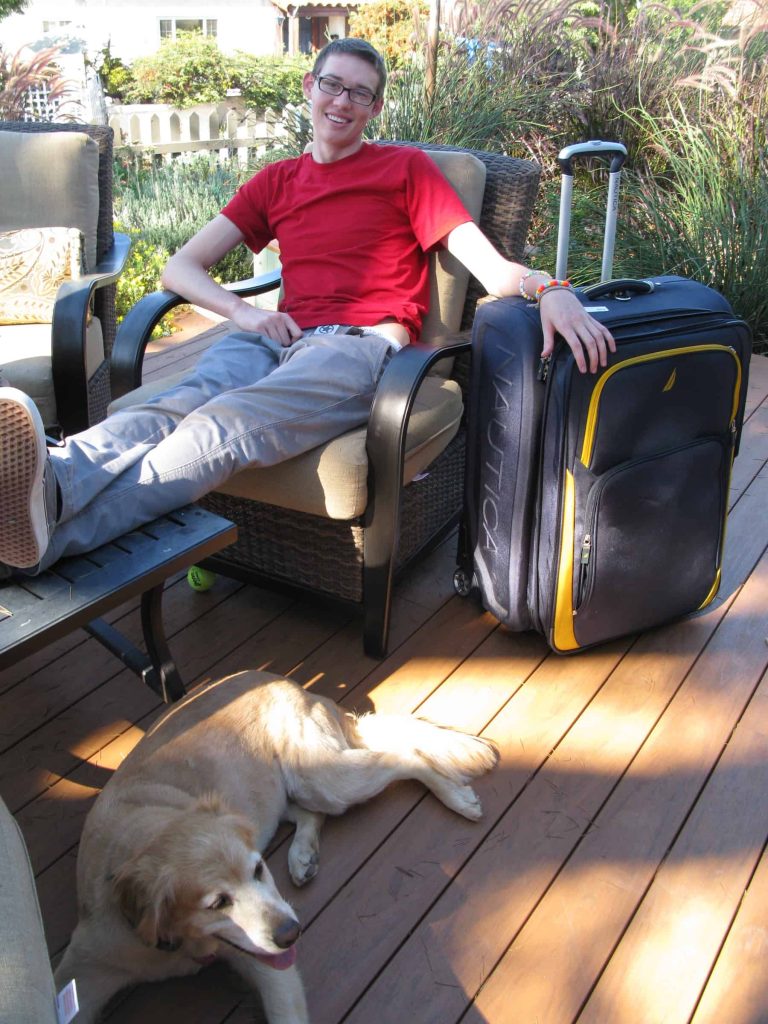 Here is a photo of Ben and his roommate Mark, who is a student from Reed College, before school started on the first day. 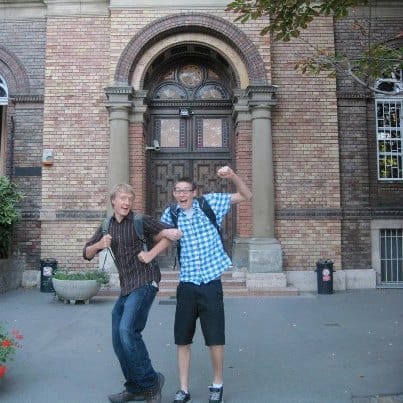