Advice for the B Student 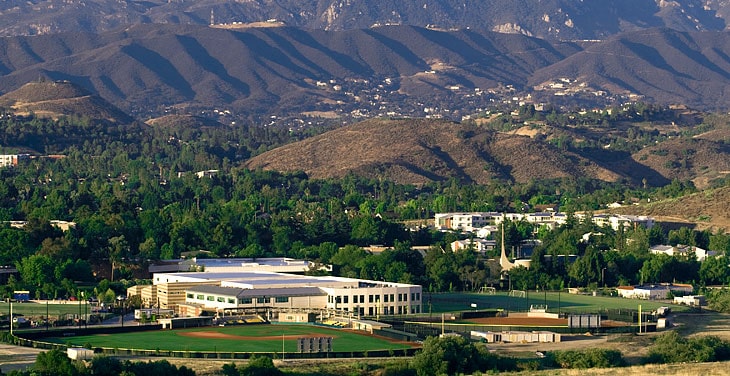 If your child is a “B” student, he or she may have more options than you might assume.

Here is a story of a young woman – I’ll call her Katie – whose mom is a friend of mine.

Katie attended a private high school in California where she earned a 3.0 GPA.

She applied to these four private schools three years ago and was accepted into all of them:

Katie’s first choice was Cal Lutheran, but it offered her the lowest award.  Katie’s mom contacted Cal Lutheran and mentioned that the school was her No. 1 choice, but money was an issue and other schools offered better awards.

Cal Lutheran asked the mom to fax the other award letters and the school added an additional $3,500 to the yearly award. That brought the first-year award to $12,600 and the total award to $50,400.

You might assume that a student with a 3.0 GPA would have trouble getting into many colleges and universities. That is actually wrong.

Every year, UCLA does an exhaustive survey of the newest crop of freshmen attending public and private colleges and universities that includes this question: Did you get into your No. 1 school. Every year roughly 75% of freshman say they were admitted into their No. 1 pick.

College is actually a buyer’s market at the vast majority of the nation’s colleges and universities. It’s not hard to get into most four-year institutions, but many families don’t understand this because of the media’s craven preoccupation with the schools that are impregnable including the Ivies and other college-rankings alpha dogs.

You might also assume that a B student wouldn’t capture any merit scholarships, much less enjoy success in receiving a higher award. But that too is wrong.

Beyond the elite institutions, admission directors at most schools are petrified that they won’t meet their annual admission goals. Admission offices are finding it harder to attract enough freshmen.

Colleges Not Filling Their Freshmen Slots

Every year, Inside Higher Ed, a respected online newspaper, sponsors a Gallup Poll of senior admission officers on a variety of issues and the biggest revelation of the most recent survey was the number of schools that didn’t meet their enrollment targets during the 2013-2014 admission season. By May 1, 2013, which is the traditional day when applicants are supposed to make their freshman deposits, 59% of the public and private schools that were polled still had vacancies.

In fact, in the survey some schools acknowledged a practice that has always been considered taboo. Some administrators admitted that they were contacting students after the May 1 deposit day in hopes of enticing students who had committed to other schools to change their minds.

I had a off-the-record conversation with an administrator at a Midwestern college recently and he mentioned that the number of admission offices trying to lure students to their schools after the traditional deposit date has jumped considerably in the past two years.  Schools are trying to poach committed freshmen by luring them with promises of better scholarship deals. This, by the way, is hardly a practice aimed just at “A” students.

Being Strategic When Looking for Schools

If your child is a “B” student – and most teenagers are –  you should look for colleges strategically when you are seeking to cut costs. In a future blog post, I’ll share some more ideas for students with average grades.

In the meantime, I’d love to hear your suggestions for “B” students. Please share your thoughts in the comment box below