A Young Alum from Georgetown Weighs In 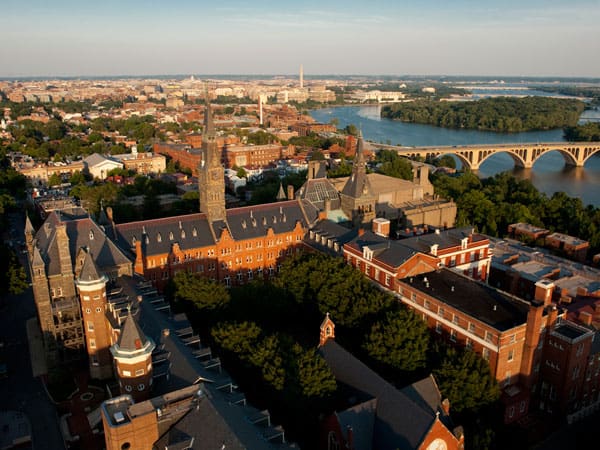 In my last post, I urged parents, who are stressed about how their kids are going to get into the most elite schools, (these are mostly affluent families) to ditch this toxic worry. If you missed the post here it is:

Stop Fixating On These Colleges

I had a young alum from one of those elite schools write a thoughtful response to my post that I’m sharing today. The note reinforces what I’ve been saying for what seems like forever!  Here is this alum’s thoughts….

I graduated from Georgetown University a few years ago, and I wanted to share my perspective here.

I know that parents and students rarely are able to get the alumni perspective on the various factors that go into choosing a college, so I hope I can be of some assistance.

First of all, debt is a very, very big deal. Many people have dream careers that are quite difficult to obtain. Actually, this is putting it mildly – see for instance, this Washingtonian article entitled The Age of the Permanent Intern, (getting a paid foreign policy job “makes getting into Harvard look easy”). 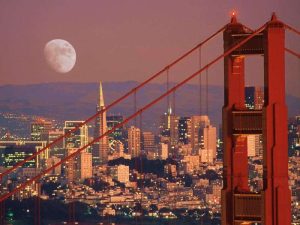 Trying to manage the multiple unpaid internships and many years of dues-paying that are necessary to establish yourself in one of these fields (I’m thinking things like media and entertainment in LA/NY, politics/national journalism in DC or NY, fashion, high level creative advertising, etc.) is difficult for someone with a trust fund. If you’re trying to do it with five (or I hope to God not six!) figures of student debt, you’re going to have a rough go of it.

What It Takes To be Successful

Second, success can be defined in many different ways, of course, but the biggest difference I have 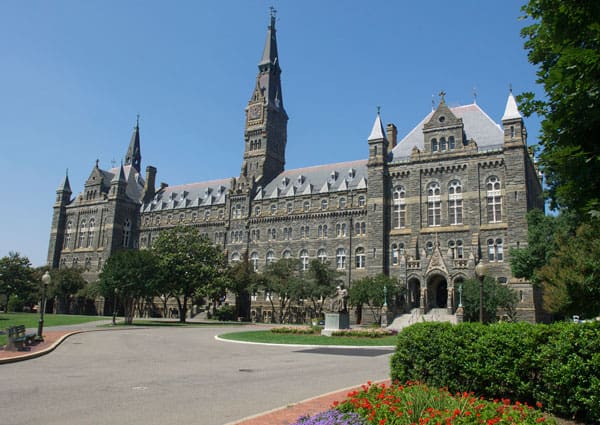 found between my “successful” and “less successful” classmates (and yes, GU has plenty of fairly “unsuccessful” alums) is the individual student’s level of drive and initiative. And this is followed probably – and unfortunately – by how well connected the student/student’s family is.

One of the biggest ironies of the prestige chase is that those who worry most about it – parents from high-income communities like Palo Alto or Greenwich or Bethesda – have absolutely no need to be concerned about it, because it is likely they can call many tens of successful family friends to assist their kids with networking for good jobs.

It’s an unfortunate fact that the wealthy and well-connected just have a huge systemic advantage in the job market, especially for “high-end” positions in desirable cities like San Francisco. You can’t, however, do anything about this.

The elite school connections are far more valuable for the poorer student – and given financial aid policies at schools like GU, genuinely lower income students are likely to receive significant aid, mostly in the form of grants. I know that GU was incredibly generous to me, for instance, and met my entire estimated need with scholarship aid, a fact which I am quite grateful for.

Whether the school name matters depends on what you want to do, but generally it isn’t terribly important with the exception of a few industries, notably finance and consulting. You really will have a much better chance of getting that job at McKinsey or Bain Consulting, or Goldman Sachs on the finance side, if you go to Yale rather than Northeastern, but I’m not sure how much that benefit is really worth.

Many people at these places are in fact quite miserable. It’s not uncommon for 20 and 30-somethings to burn out of these “high status” jobs, as they realize that there’s more to life than accumulating an endless amount of gold stars.

As for admission to top graduate programs or top law schools, it’s really more about 1) college academic performance and extracurricular involvement; and 2) standardized test scores. Law schools, in particular, basically only cares about your grades and LSAT scores, so don’t waste the money on the expensive college if this is your aim.

That’s not to suggest that where you go doesn’t matter AT ALL, but rather that if you’re choosing between two schools, both of which are selective and interesting places to go to college, it’s unlikely the difference will matter much.

For instance, one of the most common jobs for GU grads is Deloitte Federal Consulting – I also 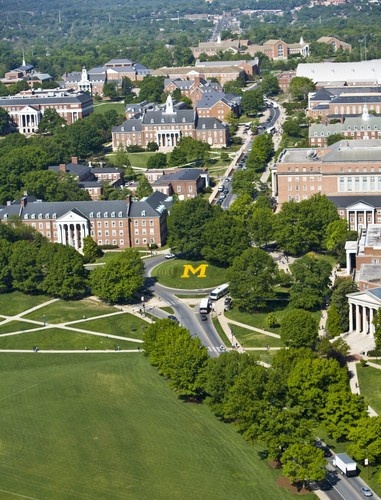 For instance, grads of online schools or schools with open admissions policies will have a harder time getting good jobs, because many companies will not recruit there. It’s unlikely most of the readers of this site are considering online schools, I would think. However, when we’re talking about two great schools – and I would consider both U of Maryland and Georgetown great schools, for example – the difference that US News pretends exists does not actually really exist.

There unfortunately really are people – not many, but some – who will look down on you for not going to Harvard or Stanford. Actually, many of these types of people don’t even think Georgetown is good enough. These people are generally obnoxious and not worth your time.