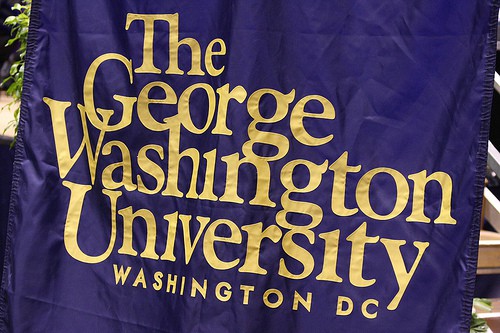 For years, George Washington University has told families that it observed a need-blind admission policy. Students were accepted regardless of their ability to pay.

GW’s student newspaper wrote an excellent article this week that revealed that the university’s stated need-blind admission policy was actually a need-aware practice. The university admitted that it put hundreds of students on its wait list every year because they wouldn’t be able to pay GW’s tuition. The school estimated that up to 10 percent of the school’s roughly 22,000 applicants fall into this category.

In GW’s case, the school looked at applications without regard to need in the first round. Before the freshmen class was finalized, however, the school took a closer look at the applicants who had received initial approval.

I am bringing this up today because GW’s admission policy is similar to countless schools that mainly depend on their tuition revenue to pay the bills. These schools need a healthy percentage of students who can pay the full tab or a good portion of it (minus one of those ubiquitous merit scholarships), which helps subsidize the costs of middle-class and low-income student who require a lot of financial aid.

Reed College, an elite liberal arts college in Portland, OR, provides what is probably the most well-publicized example of a need-aware policy. Back when the country was in the grips of the recession in 2009, the school  faced a returning student body that needed more aid and the freshmen class was also needier.

Reed’s financial aid office looked at the list of accepted freshmen (acceptances letters had not been sent out yet) and told the admission department to kick more than 100 students off the list that needed aid and substitute them with affluent students who could pay the full price.

Due to budget realities, schools across country give breaks to wealthy students admission breaks, but in this case a New York Times reporter was in the room and wrote this front-page story about Reed’s decision that generated a firestorm of anger. 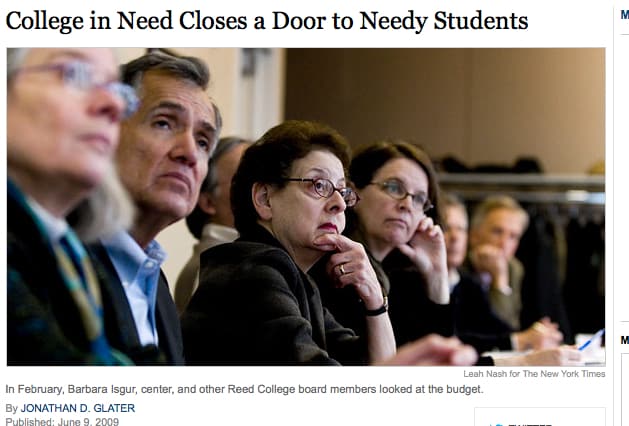 Protecting Yourself Against a Need-Aware Practice

The best way for a teenager to protect him/herself from being a casualty of a need-aware system is to be as attractive an applicant as possible. It’s often student with high need who are in the bottom half of the applicant pool who are going to get denied, waitlisted or accepted via a practice called admit-deny. Here is how admit-day works:  a school will accept applicants with high need, but give them such lousy financial aid packages that they can’t attend the school.

Also remember it’s meaningless if a school says it’s need blind (it accepts students without any regard to need) in admissions, but provides mediocre financial aid to students who need substantial help with the tab.  To it’s credit, Reed is one of just five or six dozen schools that meets 100% of all its students’ financial need, but GW and nearly all other colleges and universities don’t.

How Truthful are Schools?

GW is on a roll because this is the second time in less than a year that it’s been embarrassed by its own disclosures.

Last fall U.S. News & World Report punished GWU, which had been ranked the 51st best national university, after the school admitted that it had been fudging the percentage of freshmen who were in the top 10% of their respective high school class. In essence, the school was looking more selective than it really was and the false reporting had been happening for more than a decade.

And that leads me to the other reason why I shared GW’s story today. As consumer, you have to be careful about what a school says. You can’t assume that what you are hearing from an admission office, which serves as a school’s institutional cheerleaders, will always be truthful.

To back up what I’m saying, I am sharing two statistics from the most recent Gallup survey of senior admission officers that was sponsored by Inside Higher Ed, a respected trade publication that I read every day.

The survey asked schools whether they have ever falsified standardized test scores or other admissions data. Only 1% of schools admitted they had.

But here is the more interesting question: Do you think other higher education institutions have falsely reported standardized test scores or other admission data?