A 53% Discount Off a College Sticker Price 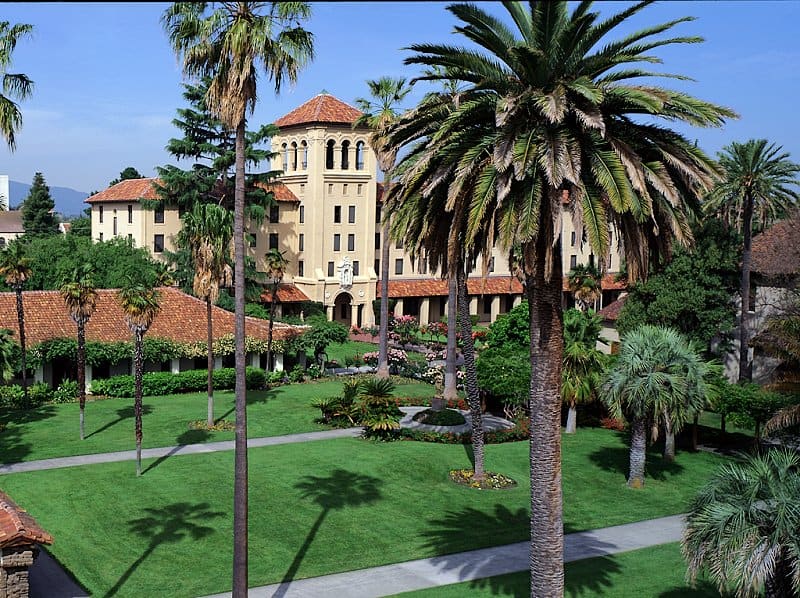 Many parents assume that college is a seller’s market, but except for the elite schools that are perched at the top of US News & World Report’s college rankings, this belief is laughable.

Schools are so eager to attract freshmen to their campuses that they are now discounting their tuition at historically high levels. That’s the conclusion from the latest annual study released this week by the National Association of College and University Business Officers.

Private schools are currently offering typical scholarships/grants that cover 53% of tuition and fees. Schools have never offered such high discounts. In 2011, schools discounted their tuition by an average of 51.7%.

Where nearly everyone gets a merit scholarship

As I’ve mentioned many times, these discounts are hardly reserved for just the stellar students. The report noted that 86.9% of freshmen attending private colleges and universities received some type of price cut via scholarships/grants. Schools need to cut their prices to compete with state universities with lower sticker prices and also to remain competitive with their private school peers.

You can see from the chart below that small institutions, defined by this study as having a student body of 4,000 or lower, are doling out the greatest percentage of students discounts. 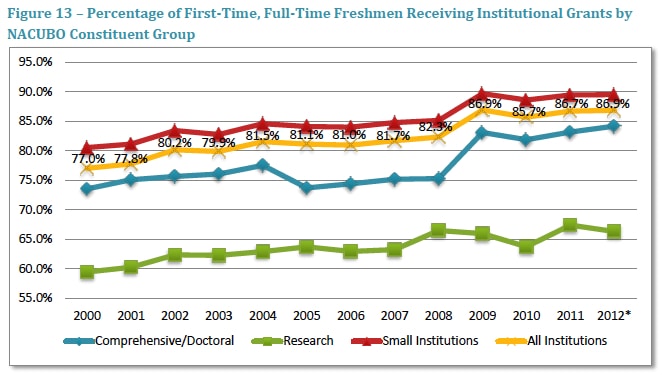 In general, the popularity of a school is linked closely to how much an institution discounts. Despite the price cutting, small schools experienced more difficulty attracting enough freshmen.  Schools cited “price sensitivity” as the No. 1 reason for declining or flat enrollment. Changing demographics was the second specific reason cited for enrollment challenges.

Discounting for All Undergrads

When you look at the discounts for all undergrads, the discounts decline and so do the percentage of students receiving them. When students receive a fixed grant for their freshman year, it’s value will erode each year. Also many schools require students to maintain a certain GPA to keep their scholarships. 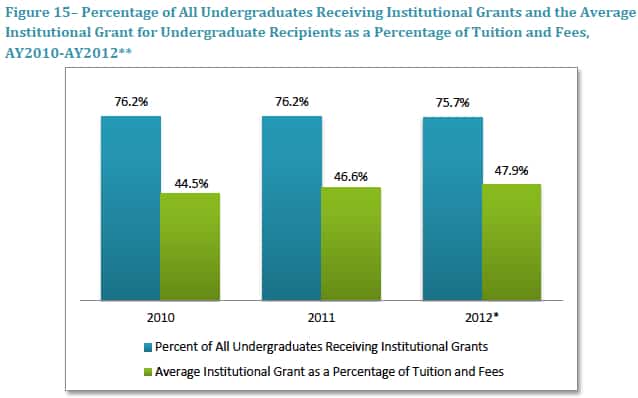 It should be no surprise that the schools that offered the smallest price breaks at located on the East and West Coasts. I highlighted the lowest discount rates in pale blue. (These particular discount rates were calculated as a percentage of a school’s overall revenue.)

The lower discount rate on the West Coast supports what I’ve noticed out here in California. With such notable exceptions as Stanford, Occidental and the Claremont colleges (Pomona, Harvey Mudd, Scripps, Claremont McKenna and Pitzer), and Occidental, the private schools in California are typically stingy. Some stunningly so.

If you will need substantial financial aid to attend a private school in California, but you aren’t smart enough or lucky enough to get into those seven schools, I’d consider not even looking in this state. I’m serious. Here’s just one especially egregious example of what I’m talking about courtesy of the federal College Navigator which publishes net prices for thousands of schools.

Guess how much Santa Clara University, which is situated in Silicon Valley, charges the poorest of the poor? For a family making less than $30,000 a year, this school in 2010 charged $46,347!!!  As someone who grew up in a family where Jesuits were revered, I find the pricing policy of this Catholic university inexplicable and beyond REVOLTING.

At the vast majority of private schools, your child will win a scholarship just for showing up.

How valuable the scholarship will be will depend on the desirability of the applicant, as well as the desirability of the school itself. A college located 100 miles from the nearest Costco or Starbucks is going to have to come up with a juicy offer to attract students than a hot school like Santa Clara that’s located 11 minutes from Apple’s headquarter and 16 minutes from Google’s.

It’s up to you whether you will be a bargain shopper or not, but you’ve been warned.