10 Things to Know About the New FAFSA Changes 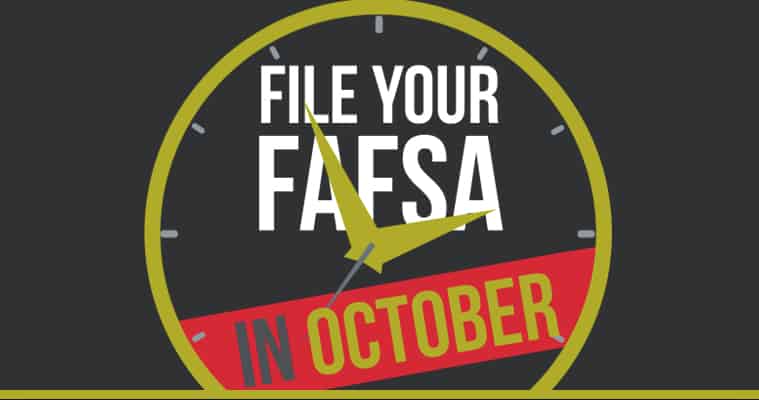 Big financial aid changes have arrived for the Free Application for Federal Student Aid and the CSS/Financial Aid PROFILE.

If you’re hoping that your child qualifies for financial aid, you need to know what these major new developments that kicked off this month.

Millions of parents annually fill out the FAFSA. Completing this aid application is necessary to qualify for federal and state aid, as well as institutional financial aid at most colleges and universities.

After the federal government announced the upcoming changes last year, the College Board, the creator of the PROFILE, which is the other main financial aid application, decided to also implement them. Roughly 230 mostly private colleges and universities use the PROFILE to determine who gets their institutional grants.

What You Should Know About FAFSA and PROFILE Changes

Here are 10 key points that you need to know about the new financial aid developments:

The changes are expected to represent a big win for parents by making the financial aid process less stressful and hectic while providing parents with more time to make incredibly important financial decisions.

The changes will impact more than parents applying for need-based aid. The new rules will also have a ripple effect on higher-income families who will not qualify for need-based aid and instead will be looking for merit scholarships.

One of the big changes is the requirement that parents use two-year-old tax returns when filing for financial aid. You’ll see this change referred to as prior-prior year (PPY) taxes.

A major benefit of the switch to older tax returns is that the financial aid process will no longer be rushed.

Historically, the tax season and the financial aid season have uncomfortably overlapped. Parents had to wait until January 1 to file the FAFSA, but to complete it they had to finish their tax return.

Taxpayers, however, usually wouldn’t have the documents they needed to file taxes quickly. Despite this reality, some state aid programs have imposed early deadlines – as early as mid February – and some schools give out money on a first-come, first-served basis.

Under this time crunch, many parents were forced to use estimated tax figures so they could complete the FAFSA and PROFILE. If they estimated wrong, they ran the risk that their financial aid awards would be withdrawn or reduced.

Two-year-old taxes are not optional. I’ve had parents ask me if they can use their latest income tax returns instead of the older ones. This is a question that tends to come from parents who enjoyed a particularly good financial year in 2015 while income in 2016 declined.

When aiming for aid eligibility, it’s better to earn a lower income in the so-called base year. Parents, however, can’t pick which tax return to use. The use of two-year-old tax returns is not optional.

If their current financial status doesn’t reflect their 2015 taxes, parents can ask a school for a professional judgment. In an appeal the family can ask that 2015 income not be considered or that it won’t carry as much weight. I would recommend making an appeal after a student has applied, but before receiving the financial aid award.

Parents can now file the FAFSA three months earlier than the traditional January 1 start date. The first date to file was October 1. Parents can also file the PROFILE beginning in October.

Parents will be able to file for financial aid nearly a year before their child will be in college. This early start can be advantageous for families because it’s anticipated that many schools will provide students with financial aid packages sooner. Early notification will give parents and students more time to review offers and make smart decisions. Also, if families get inadequate awards earlier in the process, a child will still have time to apply to other schools.

An industry survey of nearly 550 college administrators released in the spring revealed that 69% of schools said they would be releasing financial aid verdicts earlier beginning with the current admission cycle or next year’s.

The same survey revealed that 80% of administrators believed that schools that did not shift their admission cycle earlier would be at a competitive disadvantage. Nearly a third of schools said they were exploring adding the additional application choices of early decision and/or early action, which allows students to apply before those choosing regular admission applications.

With the admission cycle getting an earlier start. families need to be even more mindful of admission and financial aid deadlines.

Ideally students should know before their senior year in high school starts what schools they intend to apply to. In reaction, many colleges are planning to reach out aggressively to teenagers in their junior year when they have previously reserved the big push for seniors.

With the new time frame for filing for financial aid, it’s extremely important to understand what the financial aid deadlines are for each school on your child’s list.